Disney SLAMS Bernie Sanders: ‘How Many Jobs Have You Created?’

It’s always nice to see that businesses aren’t about to take the crap of anti-American socialists like Bernie Sanders.

When Sanders[1] decried Disney for failing to “pay their employees a living wage,” the company had the BEST reaction imaginable. 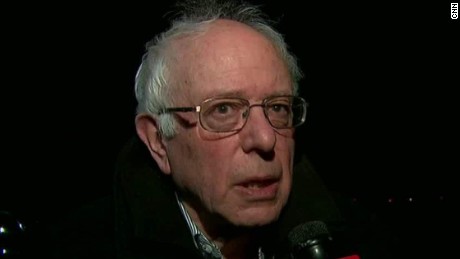 Democratic presidential candidate Bernie Sanders was in Anaheim, Calif., Tuesday speaking to a crowd of supporters when he attacked The Walt Disney Co. [3]for failing to pay its employees a “living wage.”

[…]He then asked, “Anyone make a living wage working for Disney!”

The crowd responded, “No!”

Continuing his attack, Sanders said, “Disney pays its workers so low that many are forced to live in motels, because they can’t afford a decent place to live,” adding that Disney’s last quarter profit was almost $3 billion.

A spokesperson for Disney issued a statement, which said, “Mr. Sanders clearly doesn’t have his facts right. The Disneyland Resort generates more than $5.7 billion annually for the local economy, and as the area’s largest employer has added more than 11,000 jobs over the last decade, a 65 percent increase.”

The spokesperson added that Disney has plans to add a “Star Wars”- themed land, creating the need for additional workers.

Bob Iger, CEO for Disney, responded to Sanders’ claims in a Facebook post, which read. “To Bernie Sanders: We created 11,000 new jobs at Disneyland in the past decade, and our company has created 18,000 in the U.S. in the last five years. How many jobs have you created? What have you contributed to the U.S. economy?”

Sanders is going to need an iceberg to take care of that burn.