A little bit less of the “Once they come together, Americans can do anything!” tonight…from both sides…

— that would have been like a long, tall, cool drink of water after weeks of wandering in the desert.

I guess this just isn’t the right time for that kind of message. Oh well. Just a little bit of waiting, I’m sure being able to do things will come back in style. A little bit of waiting and a little bit more suffering. No point wondering about any of it. It’ll happen. The longer we stay enamored of “coming together” as opposed to actually doing constructive things…the more suffering we’re going to do…we’ll do just as much of it as we have to, to learn. Not one speck less. Guaranteed.

Update: Yeah, if you’re bright you already got this figured out. I’m trashing Jindal some more; that was his central point, the die-hard liberal-lefty tagline “Together We Can Do This!!” Thought he’d take a page out of their playbook, get the Manhattan boob-tube blue-blooders to like him for a few minutes. Poor dumb bastard.

They’re trashing him. On Fox.

We already held a vote on whether we like imitation-democrats with the letter “R” after their names, Bobby. The guy who tried that got creamed. It’s gonna stay that way for awhile. 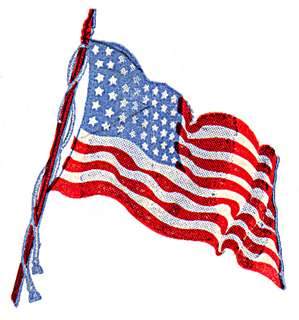 You make the Republican party the party of individualism, can-do, real-freedom, kick-bad-guys’-a**es, individuality-and-reason…the Party of Eratosthenes…the Party of Aristotle…it’ll be like Lincoln to Hoover without Wilson in-between. With much better results.

I promise. Really. It’s woven into our fabric. This country is just a whole lot of individualist bedrock with just some flimsy phony flibbertigibbet socialist topsoil.

Be the leader this country craves, and it’ll beat a path to your door. Yeah maybe people won’t admit their mistakes. But they’ll fix ’em once given an opportunity.

If it wasn’t in our genetic makeup, we’d have a Prime Minister by now, we’d be running on the metric system, our “football” players would be kicking a round white ball around in their short pants, nobody would have guns including the cops, and we’d probably even be driving on the wrong g***amned side of the road.

And don’t even ask what would be going on in Iraq right now. Yeah. I said it, I went there.

This is America, a .44 magnum revolver in a pellet-gun world. People are all cluck-clucking that we went and brandished the sidearm…there was a robbery in progress, it was more than called-for…but contrary to the blue-blood talking points, nothing’s been discharged — and meanwhile, we’re getting shaken down. We just got driven to our bank machine, to yank the last $300 out of our checking account, at knifepoint…when our credit cards are already maxed. That happened. Tonight. In fact, it’s worse than that, we’re expected to thank the guy who just robbed us. No, more than that, join a cult that worships Him as if He were some kind of God.

The sleeping giant will awaken. At some point, it has to. My prayers, and my bets, are on-or-before 2012. Let it be.

Cross-posted at House of Eratosthenes[1].