Oh no, this story is not for the faint of heart. Police officers, doctors and the whole community is shocked after a 15-day-old infant turns up at the hospital with severe damage to the baby’s arms, hands, fingers and face. What happened to baby was so disgusting that my stomach turned when I heard this story. 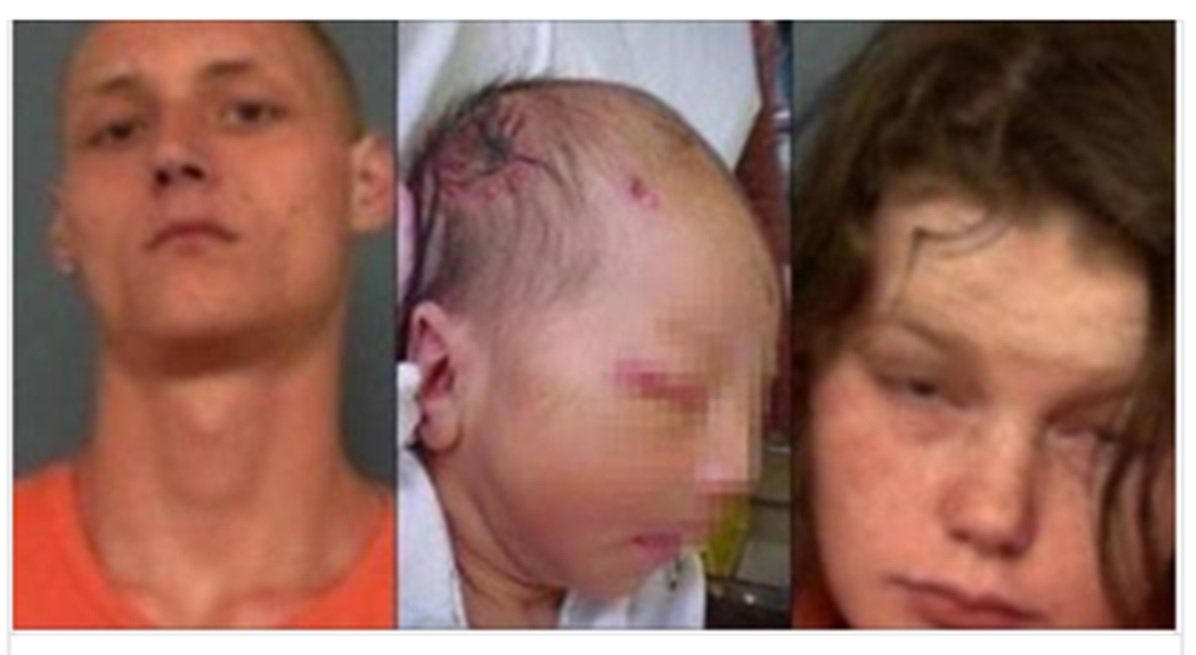 The Arkansas couple [2]was arrested after their newborn baby was found covered in nearly 100 rodent bites. Local medical center called authorities on May 14 regarding a child that was bitten by rodents. When a nurse told authorities the baby was 15 days old, weighed around 5 pounds and had been severely bitten on its arms, hands, fingers and face, they were shocked. The large wound on the baby’s forehead was so deep that it exposed the skull.

The newborn’s parents, 19-year-old Erica Shryock and 18-year-old Charles Elliott told police their own version of the story. Shryock said that she put her baby to bed around 5:30 a.m. and woke up to the child screaming two hours later. She checked the bassinet next to her bed, she found the baby covered in blood. Elliott said he found his baby covered in blood around 5 a.m. which was a conflicting story, and found rat footprints in the crib. Both parents admitted they knew the home had a rat problem.

The couple’s roommate, Margie Williams, told police she woke up to the baby crying around 5:30 a.m. and saw the 1-inch hole in the child’s head, which was covered in dried blood. She said she didn’t understand why the parents didn’t wake up, considering that their infant was sleeping right next to their bed.

The doctors report concluded that rats fed on the child for hours, which caused skin destruction that required facial reconstruction surgery. IN the report, the doctor said the parents were either absent or incapacitated at the time of the incident.

Both parents appeared in court following the incident, charged with endangering the welfare of a minor in the first degree and permitting abuse of a minor. They were ordered to refrain from contact with anyone under the age of 12 and held in lieu of $15,000 bail each, KARK reported. The parents reportedly have three children, all of whom were taken into Department of Human Services care.

Again the horror of this story is that rats fed on a 15-day-old infant for hours while the parents slept just a few feet away. WHAT????!!! How could any parent hear that type of screaming for hours and not even stir… I’m so past thinking that I can’t imagine any punishment suitable for these parent’s crime. Sick.