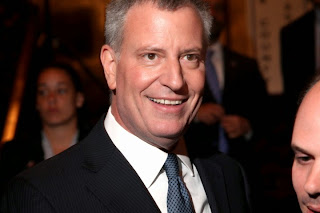 It’s worse than I thought!

But, on top of all that Bill de Blasio equates starting Pre-K (throwing around pillows in a classroom for 4 year olds), with sending a man to the moon? The man does not have a grip on reality and serious thought needs to be considered that he’s mentally unbalanced.

No, really, my progressive agenda kills ’em in Des Moines.

Mayor de Blasio says the people who know him best — New Yorkers — don’t appreciate his first-year accomplishments nearly as much as folks in the rest of the US do.

In a seven-page profile published in Rolling Stone magazine[2] Wednesday, Hizzoner suggested his big-ticket items like the expansion of pre-K get drowned out by coverage of the day-to-day headaches that come with running a city.