Does the Controversy Over Ted Cruz’s Eligibility for President Matter? 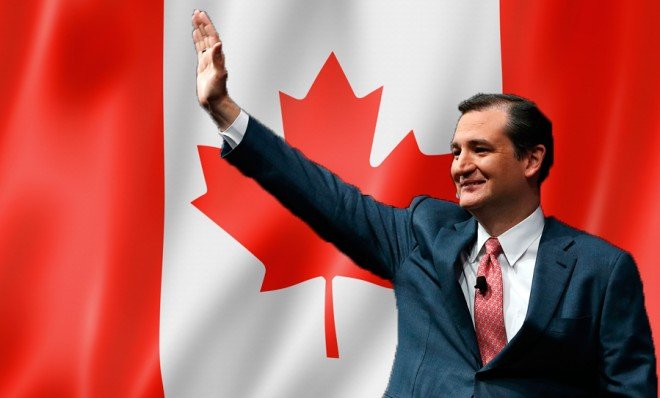 [1]Now that Ted Cruz is polling second in the Republican presidential race behind Donald Trump, Trump has begun asserting that Cruz is not eligible to be president due to how he became a U.S. citizen. However, Cruz got Trump to admit during last week’s GOP primary debate in South Carolina that he didn’t have a problem with Cruz’s eligibility when Cruz was lower in the polls.

This attack from Trump isn’t much of a surprise, considering how zealously Trump questioned Barack Obama’s citizenship and eligibility for president. The issue of Obama’s eligibility arose in 2008 during the Democratic Party primary. Hillary Clinton’s campaign was faltering, so her supporters sent anonymous emails raising the question.

Since the circumstances surrounding Obama’s actual birthplace – his father was allegedly from Kenya and there were accusations his mother lost her U.S. citizenship living overseas – raised considerable red flags, yet he still became president, there is little chance a similar challenge would be successful against Cruz.

However, where it does matter is it could peel away support from Cruz. Trump knows exactly what he’s doing. Trump warned that if Cruz wins the GOP nomination, the Democrats will file a lawsuit against Cruz over eligibility. Despite the fact the courts have not been sympathetic to this argument, he knows people are fearful of the judiciary, which is mainly controlled the left. He is using fear to scare people out of supporting Cruz.

As for the merits of the debate, both sides bring up compelling arguments[2], but since at least a couple of courts have ruled that Obama was eligible, taking a broader view of the Constitution’s “natural-born citizen” requirement for presidents, there is really not much that can be done.

There is some indication the issue is actually a non-justiciable political question that can only be decided by Congress, but Congress shows no inclination to interfere here. More than two dozen proposed constitutional amendments have been introduced in Congress, clarifying the definition of natural-born citizen, but none have made it into law.

Politicians in the 19th century were divided over whether natural-born citizens should only include those born on U.S. soil. It came up during speeches in Congress and in questions to the Attorney General.

Naturalization Acts were passed in the 1790s which arguably provided a broad definition of natural-born citizen. However, the State Department says those laws are no longer active.

In 2000, the Congressional Research Service issued a report clarifying that most constitutional scholars interpret the natural-born citizen clause to include citizens born outside the U.S. to parents who are U.S. citizens.

Republicans Marco Rubio and Bobby Jindal, who also ran for president this year, were born in the U.S. to parents who were not U.S. citizens at the time. Their eligibility has also been called into question, with similarly unsuccessful results. Trump said he does not question Rubio’s eligibility since he was born on U.S. soil — but will he change his mind if Rubio begins to catch up to him in the polls like Cruz?

The disparaging term “birthers” is used to describe those who questioned Obama’s eligibility as if they are right-wing nut jobs, but it was Hillary Clinton’s supporters who brought the issue to light. Far left Congressman Alan Grayson (D-Fla.) has said he doesn’t believe Cruz is a natural-born citizen and intends to file a lawsuit if he is the GOP nominee.

Nine of our Founding Fathers were born overseas, including Alexander Hamilton in the West Indies and eight others who served as delegates to the Federal Convention where the Constitution was drafted. They included a separate exception[3] for themselves in the Constitution since the U.S. was just beginning — but since they included no definition of natural-born citizen, there is a strong argument that those who came later should be treated the same. If the laws are now being interpreted to give Obama a free pass, then why not Cruz?