Does Trump Have Enough Money To Be Competitive in a General Election?

Many have noted that one of the benefits of having a billionaire running for president is that he can self-finance to an extent and would therefore be less beholden to outside influences. This is true to a degree, but does Donald Trump have the money to go the distance? According to a recent Wall Street Journal report, he may find the task more daunting than even he originally suspected.[1] 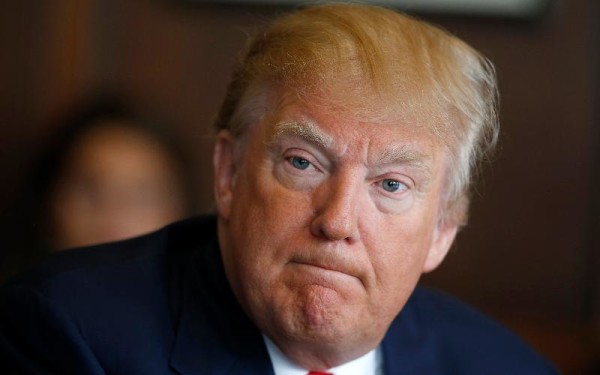 Running is about to become a lot more expensive. When the campaign goes national after Iowa and New Hampshire, Mr. Trump would have to spend money on TV ads. To participate in widespread primaries and a convention fight he would have to hire staff. Mr. Trump, from day one, has likely never been down with any of that.

He won’t want to liquidate major holdings. He won’t want to sign his name to nine-figure mortgages. There’s a reason other candidates have been fundraising for years. Mr. Trump’s $3.7 million in “unsolicited donations” (average: $50) in the third quarter were nice, but these aren’t the makings of a major fundraising network even in the unlikely event that Mr. Trump could find an army of like-minded affluent Americans who want to support his campaign.

The second way he’s vulnerable is damage to his business interests. Mr. Trump has had an easy punching bag in the U.S. immigration system, which, at last count, was sufficiently incompetent that 12 million people reside in the U.S. illegally. To say Muslim immigration should be suspended until we’re sure we can tell who is a terrorist might seem reasonable on first glance.

But the idea becomes insupportable when you remember there are one billion Muslims in the world, and that many important U.S. business leaders and entrepreneurs and professionals are immigrants and can hardly be barred from departing and returning on a routine basis.

The report piques an interesting question: even if he is a billionaire, can Trump manage to finance his own campaign once it gets to the next level?

Maybe… but he may soon find himself asking if he would rather cut sizeable checks or stoop to fundraising as every other candidate is forced to do.