Beth Chapman, wife of “Dog the Bounty Hunter”, has just won the National Bail Bonds Association[1] presidential bid. That took a lot of effort and hard work to accomplish, but what they are about to do now, is a testament that the hard work, as only just begun… 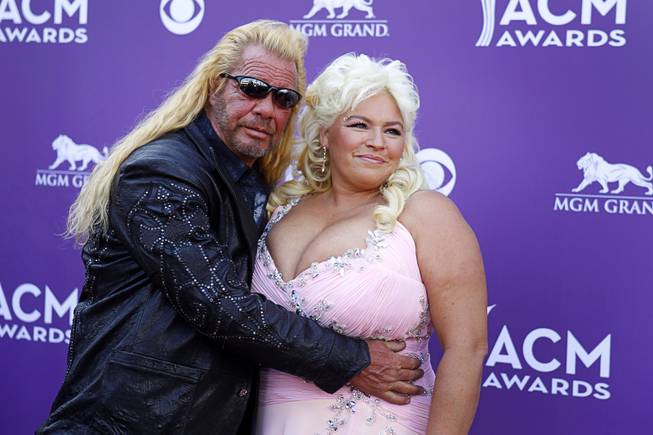 Votes were being tallied at the same time a new bill was advanced in Congress to outlaw all bail bondsmen.

“It was a narrow victory,” Beth told me Wednesday as she accepted the mantle of president. “My plate is going to be full fighting that bill in Washington, D.C.”

“We are one of the oldest professions in the world, and we fulfill a very valid purpose. We certainly shouldn’t be outlawed and have 15,000 offices shut down coast to coast.

“I will fight — and fight hard — to keep our profession going and growing. We tackle criminals who deserve to be behind bars for breaking the law. We become the voice of their victims who are often forgotten.”

Beth and her husband posed for photographs with fans in the Luxor when the couple, who live in Hawaii, went off to celebrate the victory with family and friends.

“Looks like we’ll be spending a lot of our time in the nation’s capital from now on,” Beth told me. “Our fight for survival begins right now.

“It’s good that we put our reality-TV show on hold because we’re now free to start our battle for survival.”

Good luck to them, what they do is a necessity these days, I hope they get what they want. I just doubt that they will find any answers in D.C. – there hasn’t been answers there for a long time now.