No one saw this coming… Dog the Bounty Hunter and his wife, Beth, have made an announcement that has come as a shock to their fans[1]. However, when you learn why, you may understand that it was time for them to pick between good, better, and best…among the options they had to choose from. 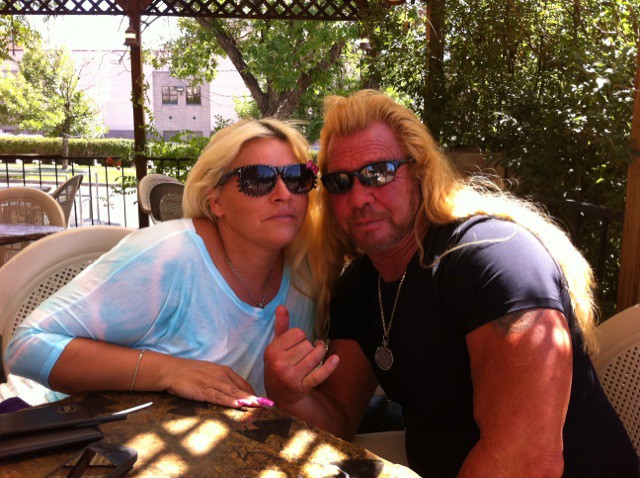 The TV show featuring Dog the Bounty Hunter is now canceled. Beth and Duane Chapman had Dog and Beth canceled not because of reduced popularity, but because they feel there is a greater need than running down fugitives from the law. The couple says the cash bail bonds industry is under attack, which in part means the entire bounty hunter industry is under attack in the United States. As a solution, Beth announced her candidacy for the presidency of the Professional Bail Agents of the United States (PBUS).
“Our industry is under attack,” Beth explained. “There are bail reform movements springing up across the country that would end the cash bail systems. This would be a disaster.”

Speaking to InTouch Weekly, Beth Chapman said she will now be on the hunt for finding any way from preventing the bail reform movement from implementing new laws where the cash bail bonds system is tossed out. For example, California’s bail bonds system was recently declared unconstitutional, yet the PBUS has not challenged the legal system in the courts.
“I worked with the California Bail Agents Association to get them on as interveners in the case so that the industry can mount a significant challenge to this incredibly disastrous suit,” says Beth. “The bail industry provides a service to the government and helps ensure the public’s safety. Removing the bail system would have a deleterious effect on the criminal justice system. It is imperative that our association, under strong leadership, fight every attempt by these social justice lackeys to remove cash bail when their only goal is to make it easier for the bad guys to get out of jail.”

Although Duane does not like ending the Dog and Beth: On the Hunt TV show, he believes it is necessary.

“For over 12 years we have shown on TV the importance of the bail industry in assisting the criminal justice system, and I have preached about how important it is that bail agents and bounty hunters conduct themselves properly. We made this incredibly tough decision because we feel that without intervention from all of our associations, we will no longer have an industry in which to work. This is not an end to Dog the Bounty Hunter, but if these lawyers have their way, it will be the end of the bail system in the United States and we cannot sit by and let that happen.”