Is this an endorsement of TRUMP…from the famous Bounty Hunter’s wife? A lot of what she says, seems pretty on point, a very surprising announcement[1]. I am sure many Trump supporters will appreciate this. 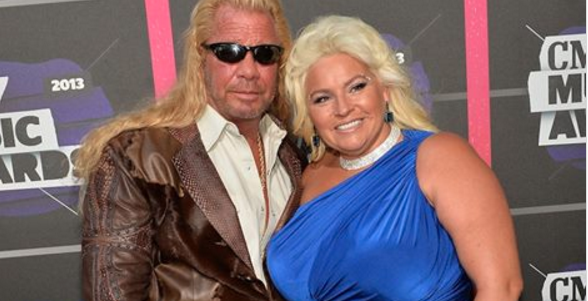 In an interview with The Daily Beast’s Olivia Nuzzi, Chapman was candid about what she liked about The Donald:

Chapman thinks that only Trump will be the “law and order guy” that the White House needs, because, as she puts it, “the criminals are winning and I think there has to be somebody where, if he’s gonna say ‘no’ he’s gonna mean it.”

Though Chapman says “I don’t agree with his whole ‘no Muslims whatsoever,’” she does agree that something needs to be done limiting entrance into the United States—at least temporarily:

“Until we understand who’s a good guy and who’s a bad guy, we have to shut it down. I don’t agree with a full shutdown, but I do agree with some type of shutdown somewhere.”

“You know, it takes an exceptional kind of person to make it to the top, all right? That deserves admiration, because that’s a person who, you know, they can persevere, they can push through, they are a winner at adversity. That’s the kind of person I want to get behind.”
Interestingly, though Chapman describes herself as a “staunch Republican,” she confessed that in May she donated $1,500 to Hillary Clinton’s campaign, to support another strong woman like herself.

She also claims that Trump repeatedly asked Dog to be on The Apprentice, but Dog was always too busy fighting bad guys.

Sounds like she knows what she’s talking about…also, can you imagine the Dog on The Apprentice?