Trump once again had to backtrack over a Tweet, this time by deleting an image he posted that featured a slam on Clinton using the outline of the six-pointed star usually associated with Judaism. 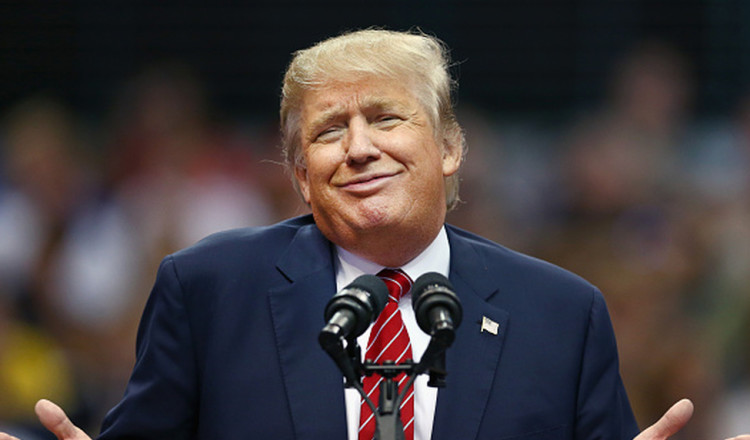 The image Trump tweeted had a red, six-pointed star with the words “Most Corrupt Candidate Ever!” on it.

But it wasn’t long before a backlash hit Trump for tweeting an image that seemed to be saying Hillary was an evil Jew.

The presumptive GOP presidential nominee’s image showed the words “Most Corrupt Candidate Ever!” on a red six-pointed star that many have pointed out resembles the Star of David, a symbol that appears on the Israeli flag and is commonly associated with Judaism.

The star was superimposed over an image of $100 bills and an image of Clinton often used by her campaign that reads, “History made.”

Two hours after the initial post, Trump tweeted a different version of the same image, this time with a circle under the words “Most Corrupt Candidate Ever!” instead of the star.

But deleting the tweet was too late as many had already saved the image in order to slam Trump for posting it.

Why is there a Star of David where it says "most corrupt candidate ever" ??? https://t.co/MsOJ6m1vjR[4]

Is this a black eye for Trump? Does it make you feel less likely to support him in November? Or was this just a mistake and no big deal?