Donald Trump: ‘Infectious disease is pouring across the border’

Prominent Hillary Clinton donor and supposed presidential candidate Donald Trump is at it again with illegal immigration. No, he isn’t talking about how he hires illegals[1]. He’s talking about infectious diseases[2]… 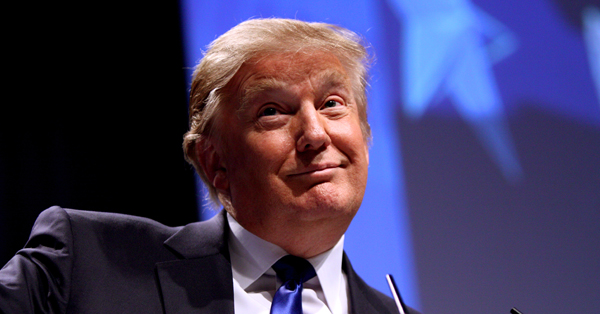 “This is merely one of thousands of similar incidents throughout the United States,” Trump said Monday. “In other words, the worst elements in Mexico are being pushed into the United States by the Mexican government.”

The 2016 Republican presidential candidate said that Mexican drug cartels are using immigrants to smuggle heroin, cocaine and other illicit drugs into the United States.

“The Border Patrol knows this. Likewise, tremendous infectious disease is pouring across the border,” Trump continued.

What’s sad is that illegal immigration is a serious problem than needs serious solutions.  It’s a shame that Donald Trump is more concerned with pandering to extreme elements – en route to dropping out, which we all know he’s going to do – than he is with tackling the problem.