President Donald Trump didn’t bother with the custom of holding a press conference to end his trip abroad. Nope. Instead the President chose to celebrate his successful trip[1] by visiting with the troops and speaking to them. 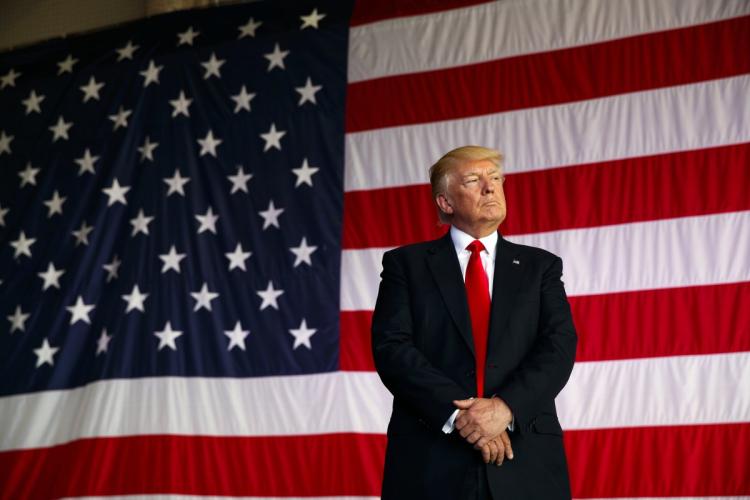 Trump addressed the military members at a Naval Air Station in Sigonella, Italy:

“I think we hit a home run no matter where we are. I can think of no better way to conclude our first foreign trip than to spend the time with you right here.”

Trump signaled that his main goal of the trip was to bring the various nations together in order to act against radical Islamic terrorism.

“We traveled the world to form a partnership among nations devoted to the tasks of eradicating terrorism that plagues our planet.”

The president recollected the terrorist bombings in Manchester and Egypt that killed innocent women and children as well as the bombing that took place in Indonesia that killed three police officers. He said that attacks would only harden the world leaders in their resolve to fight terrorism.

“Together, civilized nations will crush the terrorists, block their funding, strip them of their territory, and drive them out of this earth.”

When the President arrived at the base, he was met by a rowdy crowd of service members chanting “USA! USA! USA!” with the Air Force One movie soundtrack being blasted in the background for effect.

First lady Melania Trump was the first to address the crowd and introduced the President, remarking on the “incredible trip” they had just completed.

“My husband worked very hard on behalf of our country, and I’m very proud of him.”

Trump had always said that he would lead with “peace through strength” for his foreign policy and his first trip revealed that to be so.