Donald Trump is once again stirring up a bit of controversy, but the bottom line is that he might be entirely correct.

Here’s what Trump said this weekend about the San Bernardino terrorists[1]: 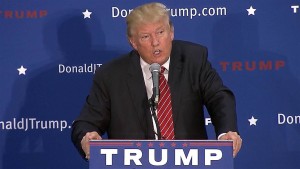 Presidential candidate Donald Trump says that the relatives of a man who with his wife killed 14 people at a San Bernadino County holiday party.

The Republican front-runner said that the United States should reconsider granting some fiancée visas like the one that Tashfeen Malik used when she came to California and married American husband Syed Farook, 28.

He also said that he saw Farook’s sister Saira Khan say that she was in disbelief that her brother could have killed 14 people, but added, ‘I thought she was a total liar’.

What do you think? Do you agree with Trump?