It seems like Donna Brazile has had a come to Jesus moment of sorts. Or maybe this is a hell hath no fury like a woman scorned situation. I’m not sure. But what I do know is the DNC is in all sorts of discombobulation at the moment. 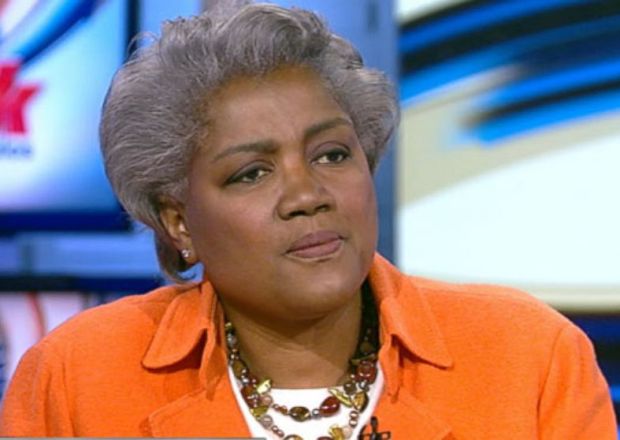 According to the former interim chair of the DNC, the Democrat party was “leeched of its vitality” by Barack Obama.

“We had three Democratic parties: The party of Barack Obama, the party of Hillary Clinton, and this weak little vestige of a party led by [Florida Rep. Debbie Wasserman Schultz] that was doing a very poor job getting people who were not president elected,” Brazile says in her new book “Hacks: The Inside Story of the Break-ins and Breakdowns That Put Donald Trump in the White House,” which was released last week.

You said it Donna. She also said she “feared for her life[2]” after Seth Rich was killed. This is just all kinds of bad for the Democrat Party. But it gets even worse. 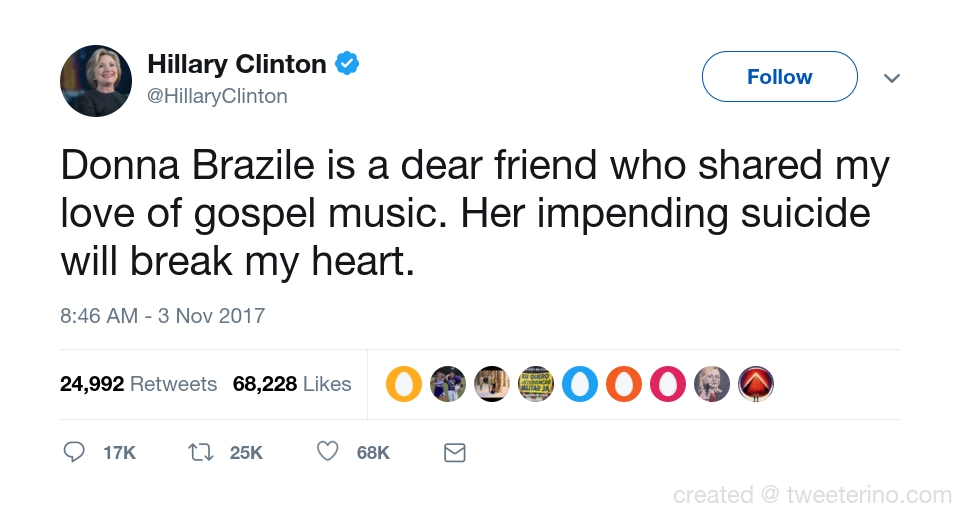 Although this is a fake tweet, the sentiment still rings true. Does Donna have a death wish? She is much braver than me to cross the Clintons and the DNC. She laments the situation of the Democrat Party more in her book. She blasts the Obamas for leaving the party in debt. Hey Donna, he left us all in debt. 165 grand for every tax payer in the country. Who makes that kind of money in a year, let alone two? Oh, that’s right, politicians who “work” for 4 months out of the year.

“This was not working to strengthen the party. He left it in debt. Hillary bailed it out so that she could control it, and Debbie went along with all of this because she liked the power and perks of being a chair but not the responsibilities,” Brazile said. “Barack never had seen himself as connected to the party. He had not come up through it the way Joe Biden and Hillary had, but had sprung up almost on his own and never had any trouble raising money for his campaigns.”

This just gives new life to the festering hatred I have for Democrats. The schadenfreude is overwhelming. Oh wait, there’s more.

Obama “used the party to provide for political expenses like gifts to donors, and political travel.” He “also cared deeply about his image,” so he would use DNC funds for “his pollster and focus groups” late into his second term, even though he couldn’t run for president, Brazile said.
Phew, the ego on this one. Who gives a crap Barry, you’re no longer president. That’s what Donna or someone should have told him when he was spending all that sweet, sweet blood money. Or maybe he was focus grouping his wife running for president. Please for the love of everything that is holy in the world, do not let that happen. I would rather have a Comcast customer service representative be president than Michelle Obama. Please universe, I beg you not to let this happen.

Although Brazile lambasted the trifecta-from-hell, Obama, Clinton and Wasserman-Schultz, she said that this all came from a love for the Democrat Party.

“I knew that these three did not do this with malice. I knew if you woke any of them up in the middle of the night to ask them how they felt about the Democratic Party they would answer with sincerity that they loved this party and all it had done for the country and for them. Yet they had leeched it of its vitality and were continuing to do so. As I saw it, these three titanic egos–Barack, Hillary, and Debbie–had stripped the party to a shell for their own purposes,” Brazile wrote.

Yeah, that’s what we’ve been trying to tell everyone this whole time lady. But we got called racists or sexists or privileged or some other crap buzzword. Congratulations America, you voted for these cretins.