Dr. Ben Carson: ‘If Christianity Disappeared’ Many in the Mainstream Media ‘Would Be Just Fine With That’

The modern press marginalizes Christianity[1] while giving front page spreads and headline news to Radical Islam. Of course, that is due to the fact that the adherents of radical Islam are brutally killing people every day. Killing is always newsworthy, but going about your daily business, helping neighbors in need, contributing to the poor, feeding the hungry, mentoring kids, taking mission trips to bring help and hope to those around the world who need it, including those being murdered by radical Islamists; those things are never going to be newsworthy. Dr. Carson understands this sad fact. Read on to see what he said. 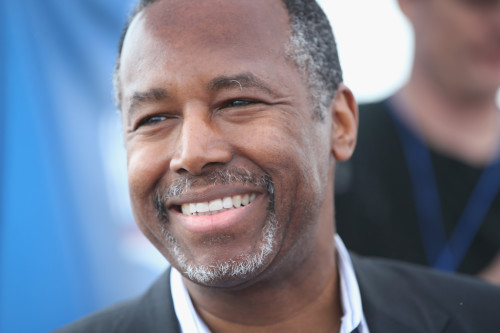 Asked if he thought the media took religious issues seriously during his time running for the GOP nomination, former Republican presidential candidate Dr. Ben Carson told Breitbart News Daily host Stephen K. Bannon on Breitbart News Daily Friday morning they didn’t — and many would be happy to see Christianity vanish off the face of the Earth.

“They certainly did not take it seriously, and they don’t take it seriously, now, I don’t believe, because they’re not really concerned about that,” Carson said. “If Christianity disappeared, many of them would be just fine with that, because they don’t believe that there is necessarily something as right or as wrong. Everything is relative to them.”

“The Bible, they believe, is largely fantasy — and the whole concept of God,” added Carson, pointing out that he felt mocked by the media several times for his belief in God. Carson said he felt we undermine the Constitution when America goes the secular route.

Asked if he thought there was a global war against Christians going on today, Carson said yes. “Christians are caught between secularism, which is on the rise and doesn’t like to be reminded of its negative aspects, and between Islamic Jihadists, who want to dominate the religious scene,” he said.

Militant secularism and Islamic Jihad have something in common; they both despise Christianity and Christians and if they had their collective way, Christ’s people would all be gone. Same goal, different tactics; one ignores and mocks, while the other kills. When your goals concerning Christians have more in common with Jihadists than with your Christian neighbors, it’s time to take a good hard look at yourself. The anti-Christian Leftist Jihad of the American Press is alive and well, and being spread in the media every day.