Dramatic dashcam footage showing Eddie Ray Routh, the man who killed Chris Kyle and his friend Chad Littlefield, leading police on a high-speed car chase was shown to the jurors on Thursday by prosecutors. This chase allegedly took place before Routh’s arrest.[1] 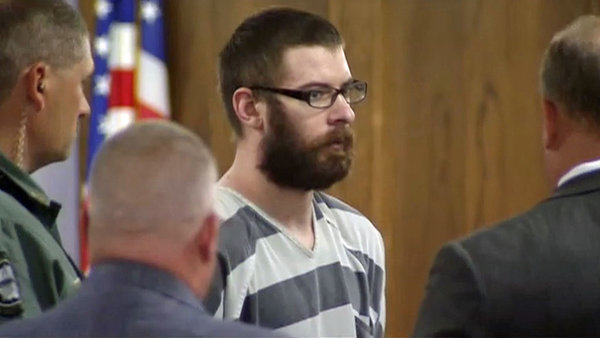 Prosecutors on Thursday showed jurors never-before-seen police dash cam footage of the high-speech car chase that preceded the arrest of Eddie Ray Routh for his involvement in the deaths of “American Sniper” Chris Kyle and Chad Littlefield on Feb. 2, 2013.

After initially hitting the gas and fleeing police, Routh is seen speeding through the streets of Erath county in what is believed to be Kyle’s black truck. At one point, a police officer is observed attempting to disable the truck by crashing into it, but Routh blows through the impact and speeds away.

Some time later, Routh is seen slowing down to a crawl and then finally putting the truck in park and exiting the vehicle to surrender to swarming police.

The jury also heard additional audio of officers screaming at Routh to surrender as he refused to exit the vehicle.

“Eddie! Eddie!” an officer is heard screaming. “Turn it off!”

A police officer also tells Routh he can stay in the truck, but asks him to throw him the truck’s keys as a gesture of cooperation.

“Why can’t you just get in the truck?” Routh is seemingly heard asking. The exchange continues for several minutes with Routh refusing to comply to the police’s requests and claiming he didn’t know what was going on.

Routh pleaded “not guilty” as his attorneys pursue an insanity defense. If convicted of capital murder, he faces life in prison without parole.

The video below has had the audio removed in accordance with a court order from District Judge Jason Cashon:

Do you think this video will help or hurt the defense? Does it have any relevance to the case?