How sick do you have to be to tweet about the death of an entire race as a Christmas gift? Who even thinks like that?

Apparently the answer to that would be Professor George Ciccariello-Maher, who clearly wants to be fired so badly that he took to social media to express a Hitler-esque opinion. 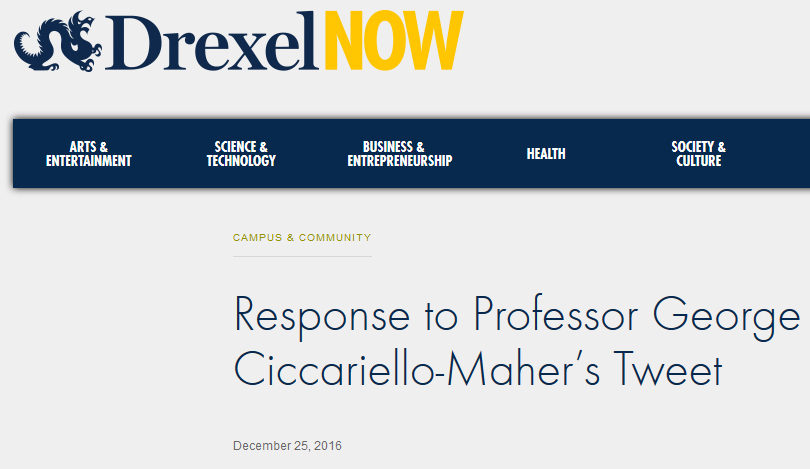 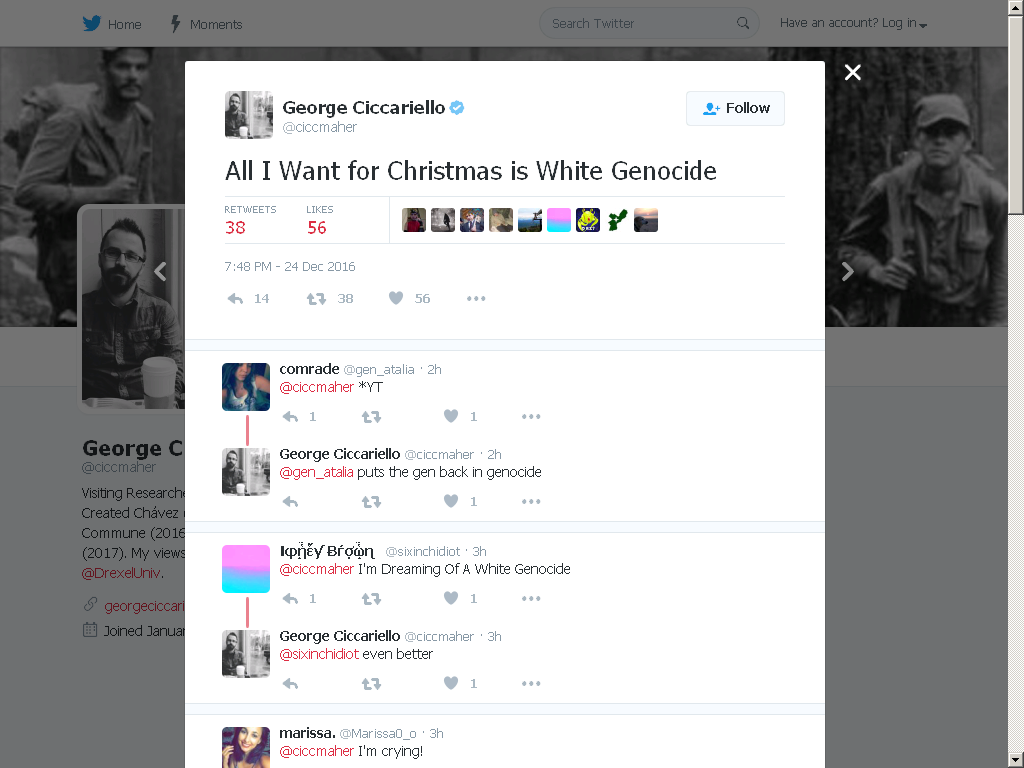 Of course, this image had to be taken from an archive because the genius later deleted the horrid message. Unfortunately for him, the Internet never forgets.

The University[3] issued a lukewarm response to the matter. 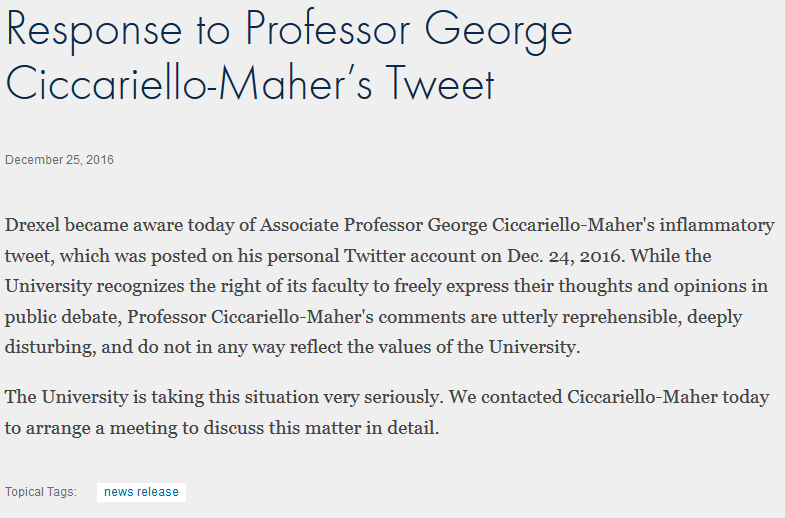 The University has not yet decided on a punishment, if any, for this professor.

What would you like to see happen to him? At the very least he should lose his job, because he clearly has a bias against white people and white students might see some of that bias in his classroom.