‘Drunk’ Driver who Plowed into Limo,Killing 4 Women Was Involved in Fatal Accident Killing Co-Worker One Year Ago

The hit-and-run drunk driver who ran from the scene of the accident he caused, killing 4 women in the process, was involved in a fatal accident at his workplace just last year. This was ruled an accident, but the crash into the limo is being treated as a criminal matte[1]r: 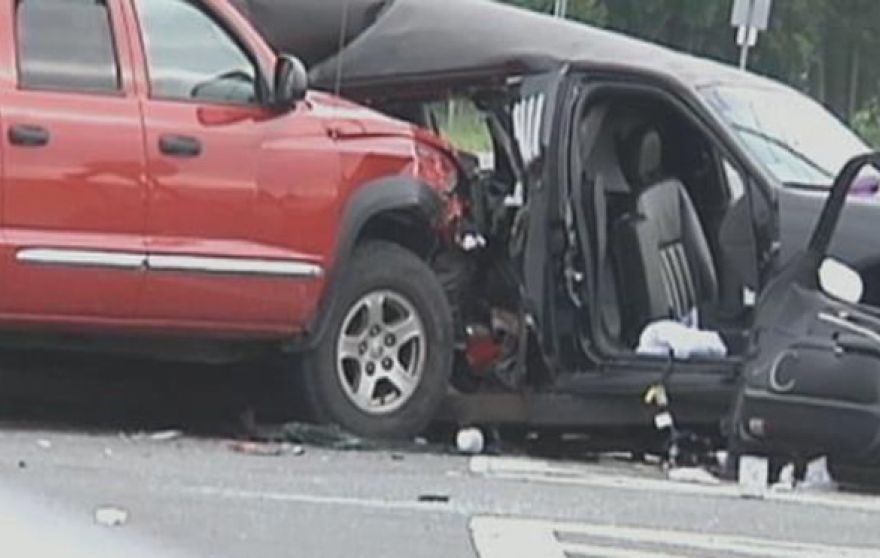 Steve Romeo, 54, the co-owner of Southold based Romeo Dimon Marine Services, was operating a skid steer loader at work in January 2014 when a bucket fell off the truck and killed 30-year-old Andrew Leone after striking him in the head.

Police ruled that the 2014 incident was a tragic accident, but Romeo has been charged with driving while intoxicated and arraigned at his Eastern Long Island Hospital bed for Saturday’s limo crash.

The crash left four women dead and five others injured. He is also accused of leaving the scene of the accident.
Following the accident in 2014, Romeo and his business partner Kris Dimon were fined $28,000 for four ‘serious’ safety violations according to the Suffolk Times.

Leone was not wearing a hard hat inside the boating firm’s warehouse and suffered ‘severe head trauma’.

At the time, Dimon said, ‘It was a tragic accident; that’s all I can say. And my business or personal life will never be the same because of it.’

On Saturday a law enforcement official said that a pickup truck driven by Romeo T-boned the limo with the women inside along Route 48 around 5pm Saturday in Cutchogue on Long Island’s North Fork.

Romeo from Southold, allegedly fled the scene and was tackled by chasing cops and arrested.

One of the survivors was a bride-to-be.

Initial reports from police said that the women were enjoying a bachelorette party, but they later clarified it to be a birthday party.

The limo was leaving a winery called Vineyard 48 and making a U-turn at a blinking traffic signal to head west when the red truck collided with it, Southold Police Chief Martin Flatley told Newsday.

‘He [the pickup driver] hit the brakes right before and he broadsided the limo right on the passenger side,’ he said.

‘This is one of the worst accidents I’ve ever seen.’

Such a sad, pointless loss of life. These young women had their whole lives ahead of them. No amount of I’m sorry will ever fix that. Neither will jail time.

Don’t drink and drive, folks. It just isn’t worth it.