Drunk Sex Is Rape According to One University

It’s a well-known fact that drinking alcohol can and often does lead to poor decision-making, but according to Coastal Carolina University[1], if you have sex after consuming alcohol you are a rapist. Or a rape victim, depending on your sex. Because personal responsibility is a difficult concept for some people, I guess. 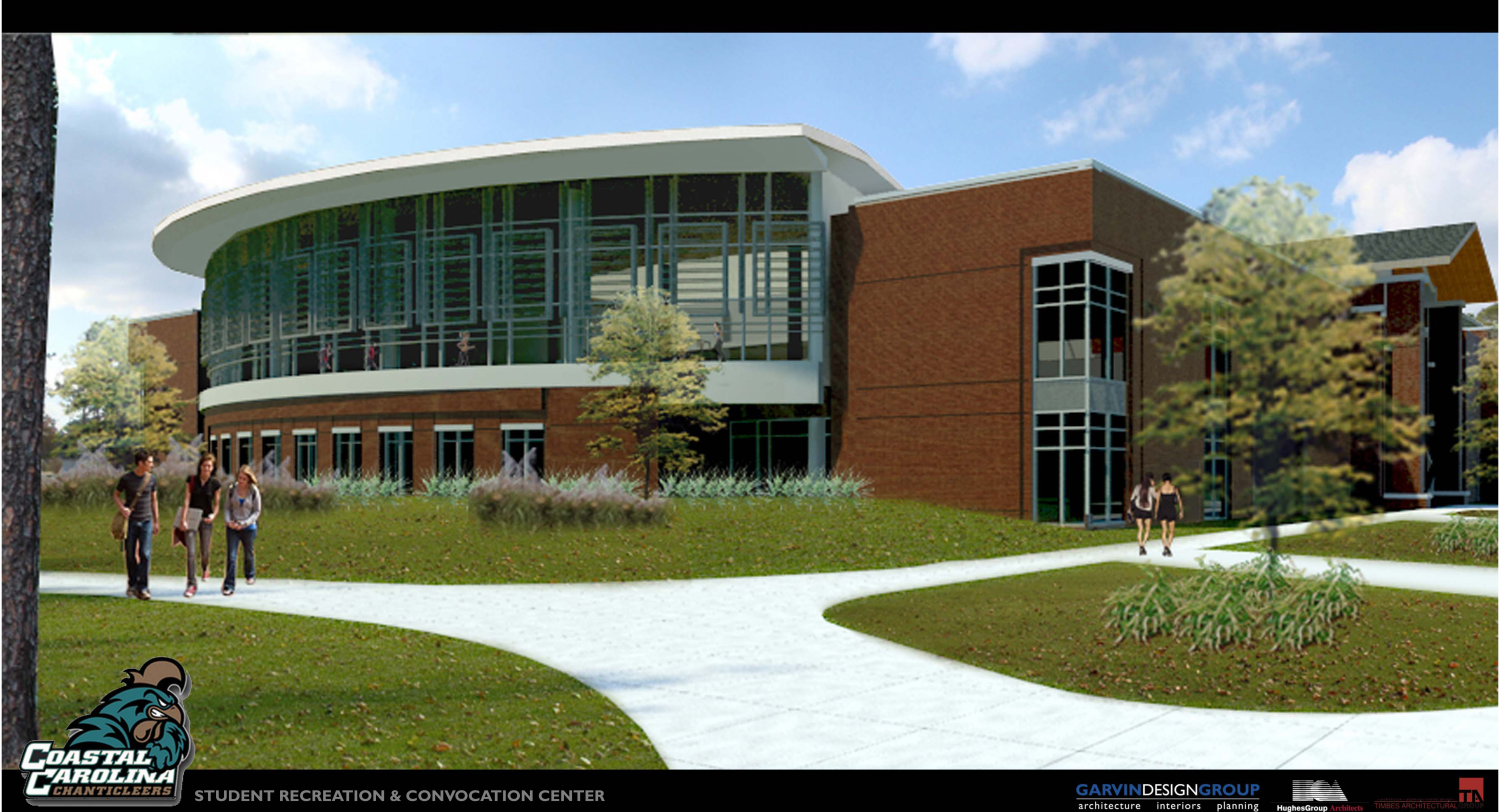 Coastal Carolina University, in South Carolina, is continuing its apparent quest to become the biggest panderer to the extreme wing of the campus sexual assault crusaders with a new poster claiming that only sober people can consent to sex.

Nearly a decade ago, the same university hung up posters around campus claiming that women could not consent if they had been drinking, heavily implying that men could. That poster was discovered after an old coworker of mine sent me a photo of it on Twitter.

The poster claims that while Jake and Josie were both drunk, only Josie was unable to consent, making Jake an automatic rapist. “A woman who is intoxicated cannot give her legal consent for sex, so proceeding under these circumstances is a crime,” the poster read. 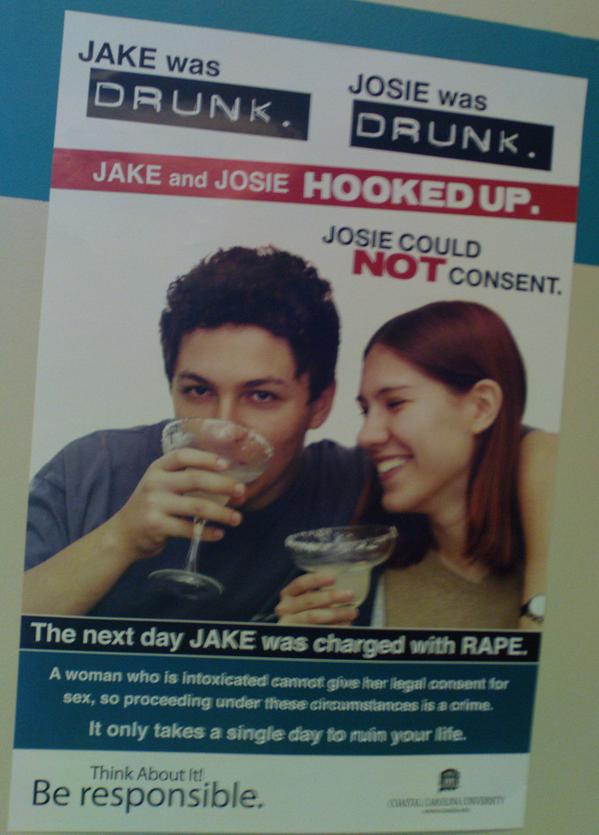 Forget the fact that an “intoxicated” man should also be unable to consent, this poster implies that women are weak, unable to handle themselves when drinking and therefore need additional protections. By this same logic, a woman who is caught driving while drunk should be innocent because hey, she’s a woman, she shouldn’t be responsible for the things she does after drinking alcohol.

Now, obviously, a man taking advantage of a woman because she is drunk is reprehensible, but there is most certainly a line between tipsy, drunk, intoxicated and incapacitated. Most colleges and universities now have adopted the “incapacitated” standard for being unable to consent, although in practice it doesn’t matter how much alcohol an accuser has had, all she has to do is say she had too much without offering proof. 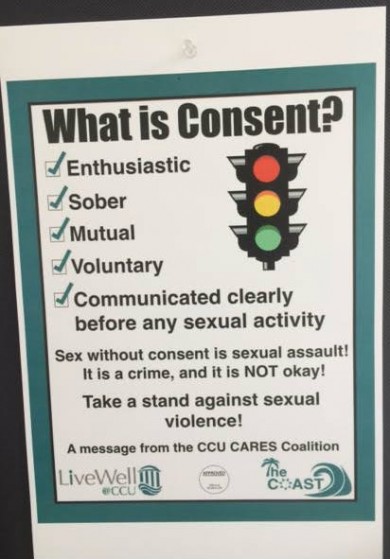 But CCU has since “changed” its stance on whether women can consent while drunk. Now no one can consent after drinking alcohol, only stone-cold sober people can have sex. Everything else is rape. That’s according to the school’s new poster, currently being distributed on campus.

The new poster, provided by the university[6] to the Foundation for Individual Rights in Education (FIRE), states that consent must be “enthusiastic,” “sober,” “mutual,” “voluntary” and “communicated clearly before any sexual activity.”

As FIRE’s Colin Crossman notes, “no one argues with the notion that consent is required for sex,” but the CCU poster creates more problems than it solves.

What’s next? A notarized document expressing consent from both parties before a sexual act takes place? And are these people insinuating that a man is always “the rapist” in a drunk sex scenario? How about expressing concern for the drinking habits of the students? Maybe CCU should hang posters encouraging responsible alcohol consumption.