The lesser-known brother of the hit show “Duck Dynasty” came forward this week with some startling information. Jep Robertson claims he was molested as a child.[1] 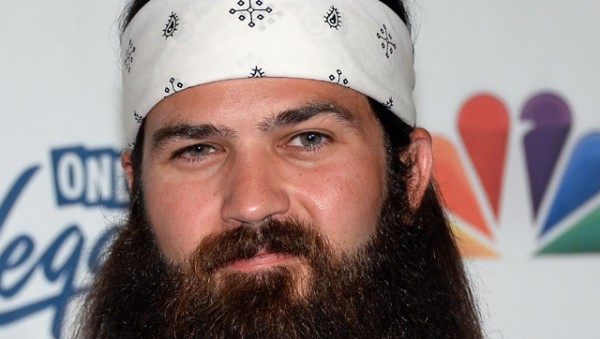 During an interview with ET[3] on Monday, Jep admitted that an older girl forced him to touch her under her skirt and to pull his pants down as they rode the school bus together.

“Back then the high school students would ride on the same bus as the grade school,” the 37-year-old husband and father of four recounted. “It was a lot of things took place — scary stuff. It was tough.”

Jep’s shocking admission comes just as the book he wrote with his wife Jessica is set to be released. The book is entitled The Good, The Bad, And The Grace of God, and in it Jep describes the painful ordeal he went through.

“She’d take my hands and push them up under her shirt and tell me I was tickling her,” he wrote in the book.[4]“Then she started making me pull down my pants. It was awkward. I didn’t know what was going on, but I knew something wasn’t right.”

Afterwards, Jep says he was so traumatized by the incident that he started faking sick so that he wouldn’t have to go to school. He admits that he was too embarrassed to tell his family what happened. When he finally did tell them, however, it was their support that helped him get through it.

“I think we as a family just stuck together and prayed a lot,” said Jep. When asked about the Duggar family sex scandal, which is currently making headlines all over the world, Jep said that while he doesn’t know the family personally, they can make it through the media scrutiny if they stick together.

“At some point I think you got to get a tough skin and no matter what anybody says about you, you just got to be like, ‘We’re just going to keep doing what we do,’” he concluded.

Jep’s level-headedness should serve as an inspiration. Instead of turning to drugs or other self-destructive outlets, Jep turned to God and family.