Absolutely inspiring! One of the youngest members of the Duck Dynasty clan, 17-year old Sadie Robertson, is a member of the star performers competing on ABC’s Dancing with the Stars. Sadie admits to her dance partner Mark Ballas that she has never really danced before. In fact, she says her school does not allow dancing. But, to watch Sadie perform, you would not believe it as she was a natural on the dance floor.[1] 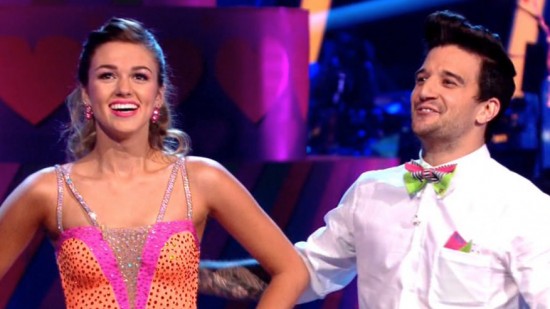 Scoring the second highest score of the night, second only to Alfonso Ribeiro of “The Fresh Prince of Bel-Air” fame, Sadie drew rave reviews from the judges and massive applause and cheers from the audience. But, no reaction was as great as that of her father, Willie, who was in the audience with his wife Korie. Following his daughter’s performance, Willie was caught on camera wiping tears from his eyes.

The Robertson Family has found itself at the center of controversy over the past year just because of their Christian beliefs that they are not afraid to share or show. Prior to Sadie leaving to film the show in Los Angeles, The Blaze reports that Korie gave her daughter a Christian devotional entitled, “Living So That: Making Faith Filled Choices in the Midst of a Messy Life.”

After Sadie’s performance, as she and her partner Mark did what all contestants do and spoke with host Erin Andrews. There, some very Robertson-like things were revealed. All outfits worn by Sadie have to be approved by her father, as should be the case for a 17-year old, and, according to Mark, what he does will be approved by Willie as well.
In a world where risque has fast become the norm and far too many treat true parenting as if it is overrated, it is refreshing to see the Robertsons continue to make their Christian faith a priority and the center of everything they do.

The video below includes not just Sadie’s dance performance, which is amazing, but also has footage of her preparation for this big adventure with her family. It is touching and, in true Duck Dynasty form, gives you insight into the faith-filled life of the Robertson Family.