Due Process? Not an issue when it comes to new ‘gun confiscation’ bill by Democrats…

Stealing away the rights of American citizens, rights stated and explained in the Constitution, is no trivial matter. But our government is really shooting[1] for it. No pun intended. 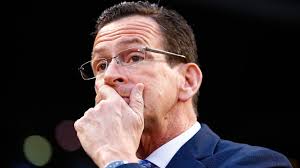 We have a system – due process – and no fewer than two Amendments designed to protect Americans from having their rights stripped away before being brought before a court.

But in some states – liberal states like Connecticut, especially – there is no due process. It’s gone. Tyranny reigns.

Because Gov. Dannel Mallow is about to sign a law that strips accused domestic abusers of their Second Amendment right with no due process whatsoever.

The intentions may be noble – but we all know what the road to hell is paved with ­ it’s designed to remove guns from a man accused of violently beating his wife or girlfriends, but in reality, it’s a step toward thug government, that tosses aside long-held notions of “innocent until proven guilty,” habeas corpus and “unalienable rights.”

Accused domestic abusers would have to surrender firearms within 24 hours under legislation that won final approval in the Senate on Monday afternoon and now heads to the governor for his expected signature.

The bill was approved 23-13 after a two-and-three-quarter hour debate, in which Republicans failed in three attempts to amend it. Gov. Dannel P. Malloy, who proposed the legislation, indicated right after the vote that he supports the bill, which would require alleged domestic abusers — in most cases, men — to immediately give up their guns and ammunition if their partners seek restraining orders.

The goal is to protect women from the increased lethality at a critical point in a relationship: when they are trying to leave their abusers. About 14 domestic homicides occur annually in Connecticut, half of which are caused by guns.

Let’s not mistake this as something being blown out of proportion. It is what it states to be. An infringement on your second amendment, and your right to due process. The government needs no evidence of wrong doing in order to confiscate. This is based on word of mouth, no matter what the truth is.