How dumb is NY Gov. Andrew Cuomo? : Dumb as a shale rock for banning fracking in New York 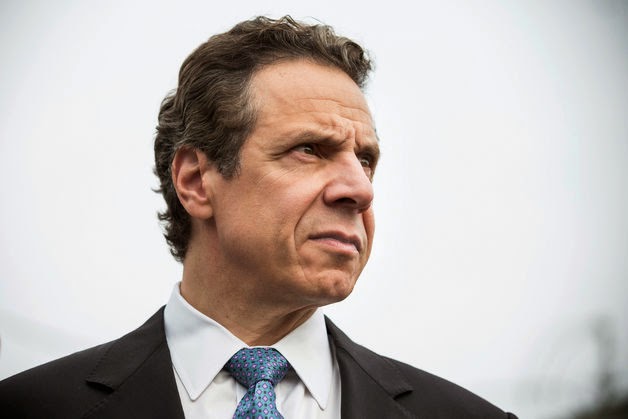 His proponents once called NY Governor Andrew Cuomo a new kind of Democrat. However, that’s all a bunch of empty talk because the knockoff son of former Gov. Mario Cuomo is nothing but an ideologue afraid to death of the enviro-Nazis in his state that don’t want fracking in NY.

South Dakota and neighboring Pennsylvania are seeing a tremendous boosts to their respective economies. But, that’s not enough proof for Silly Andrew to give the go-ahead on fracking and bring it to struggling Upper New York State. Idiot!

Acting Health Commissioner Howard Zucker said at a cabinet meeting in Albany[4] today that studies on the extraction technique’s effects on water, air and soil are inconsistent, incomplete and raise too many “red flags” to allow.

“I consider the people of the state of New York as my patients,” said Zucker, a medical doctor. “We cannot afford to make a mistake. The potential risks are too great. In fact, they are not fully known.”

Parts of New York sit atop the gas-rich Marcellus shale formation, and the governor has been trying to balance the prospects for the economic development seen in Ohio[5] and Pennsylvania[6] against environmentalists’ warnings that fracking may taint water and make farmland unusable.

Fracking, in which water and chemicals are injected into shale to free oil and gas, is allowed in at least 32 states. California[7] is working on an environmental review of the process, and local communities across the U.S. are mobilizing to stop it. In November, voters in Athens[8], Ohio; Denton, Texas[9]; and California’s Mendocino and San Benito counties passed measures banning fracking.

Cuomo is hiding behind a health commissioner he appointed and serves at his pleasure. So it’s pretty clear the study is a sham!