As predicted by conservatives, when big business decides to hike the minimum wage, employees will ultimately pay the price.

Because Wal-Mart relies on its low-costs, it is only natural for the super-center to begin shuttering stores and firing employees at this point.[1] 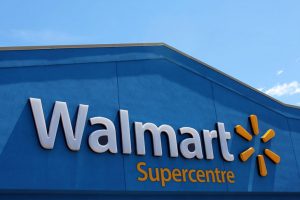 “Please remember, these people are our neighbors and friends. You have a skill that will be very much in need when this goes down. You are experts in the job market and you know what it takes to get hired. This is a time for us to step up and do what we can to help.”

The quote above is from an internal memo sent to employees of Northwest Arkansas recruiting firm Cameron Smith & Associates and references an expected wave of layoffs at WalMart’s home office in Bentonville.

The memo was obtained by the Arkansas Democrat-Gazette, who spoke with Cameron Smith himself via e-mail.

“The last time Walmart had a large layoff (800 plus), we were unprepared and overwhelmed with phone calls, emails, resumes and walk-ins,” Smith told the paper, referring to a series of cuts at WalMart in 2009. The next round of layoffs are just around the corner and could affect as many as 1,000 employees Smith contends, citing conversations with company insiders.

As those who follow the retailer closely are no doubt aware, context is key here.

Back in April, we asked why WalMart was mysteriously shuttering geographically distinct stores nationwide for “plumbing problems.” The company, citing the need to repair persistent “clogs and leaks”, closed five stores across the country almost simultaneously. The 2,500 affected employees were in some instances given almost no notice whatsoever.

After a few enterprising reporters determined that no plumbing permits had been filed in any of the locales where the shuttered stores were located, conspiracy theories sprung up, the most outlandish of which posited a link between the store closings and the Jade Helm 15 military drills which began earlier this month in Texas and six other states.

Even though these companies are rolling in dough, they still want to drive their expenses down and keep their costs low, while increasing profits.

And once the cost of labor goes, via a minimum wage hike, those expenses will need to be cut in other areas to help pay for those wage hikes.

It’s economics 101. Something that the Left does not quite understand.