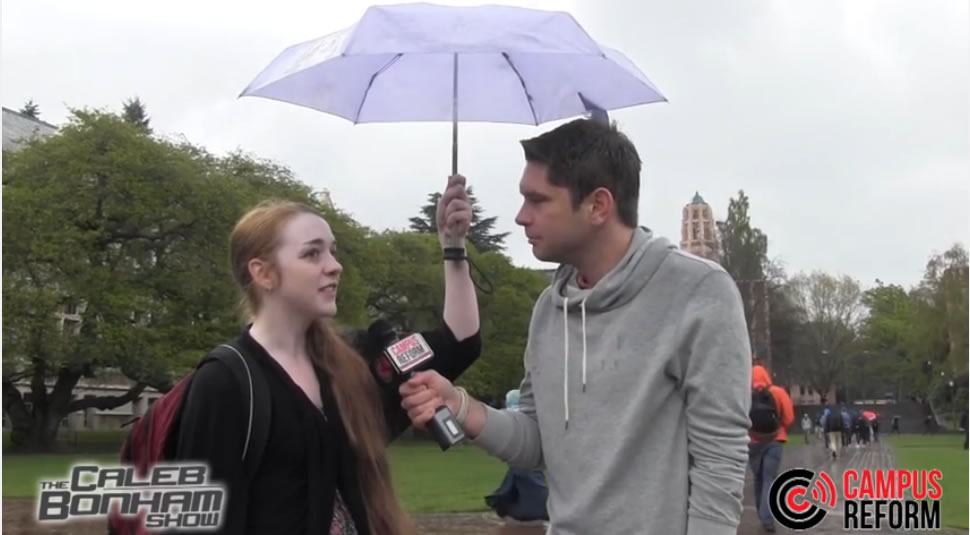 [1]Is this how dumbed down college students have become? One by one, student after student say on video, knowing they are being recorded, that the reason they are supporting Hillary Clinton for president is because she’s a woman.

Caleb Bonham of Campus Reform[2] simply asked them one question – what is the number one reason to vote for Hillary?

What is wrong with these students? Would you vote for a white supremacist simply because she was a woman? What about a terrorist who was a woman? This country is going to hell in a handbasket fast if the average – not even just the far left – college student is choosing who to vote for based on their gender. Watch the depressing video below.