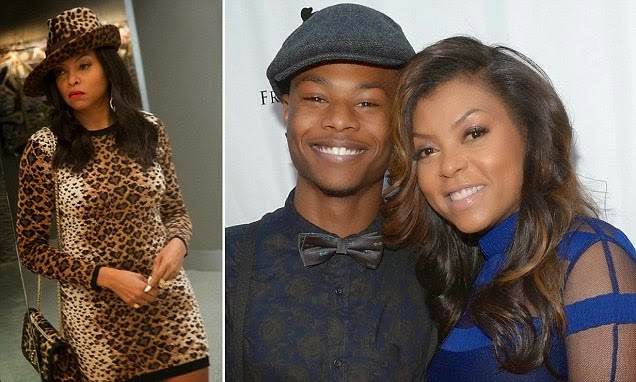 Vindication! When I first wrote about this story a few days ago, I caught some grief from a few friends when I questioned what waswrong with Taraji P. Henson’s son[1] being stopped by the police so often. Well, it didn’t take long to find out that the Cops were being lied about AGAIN!

Daily Caller[2] reports An actress who recently claimed her 20-year-old son was racially profiled during a traffic stop in California last year has apologized after video footage of the stop completely debunked the accusation.

In fact, video from the Oct. 18 traffic stop of Marcel Johnson, the son of “Empire” star Taraji Henson, shows the Glendale police officer who pulled Johnson over did him a favor by not issuing a ticket for a clear traffic violation.

The Los Angeles Times obtained video of the stop[3] after Henson said in a recent interview with Uptown magazine that police targeted her son because he is black.

“My child has been racially profiled,” Henson told the magazine. “He was in Glendale, California and did exactly everything the cops told him to do, including letting them illegally search his car. It was bogus because they didn’t give him the ticket for what he was pulled over for.”
Henson tweeted about the same incident during nationwide #BlackLivesMatter protests and said that because of it, she was enrolling her son in the historically-black Howard University rather than the University of Southern California.

“I’m not paying $50K so I can’t sleep at night wondering is this the night my son is getting racially profiled on campus,” Henson told Uptown.

But the Emmy-nominated actress was forced to walk back her claims on Friday after video of Johnson’s traffic stop emerged. Police dashcam footage shows that not only was Johnson not racially profiled, but the police officer who pulled him over was lenient and helpful.

Johnson was pulled over after he drove through a lighted crosswalk while a pedestrian was crossing the street.

Dashcam video does not capture Johnson’s race. The footage also debunks Henson’s claim that police stopped Johnson for no reason.

After the officer told Johnson why he was stopped, the actress’ son admitted he had some marijuana in his backpack and a Ritalin pill that was not prescribed to him. He said that he had a license for medical marijuana but that he could not find it. He also said he had smoked marijuana two hours earlier.

“I do appreciate your cooperation on that, I really do.”