Wait! Is this some kind of sign that CNN has a conscience!? Think about that just for a moment…it’s quite mind blowing indeed. 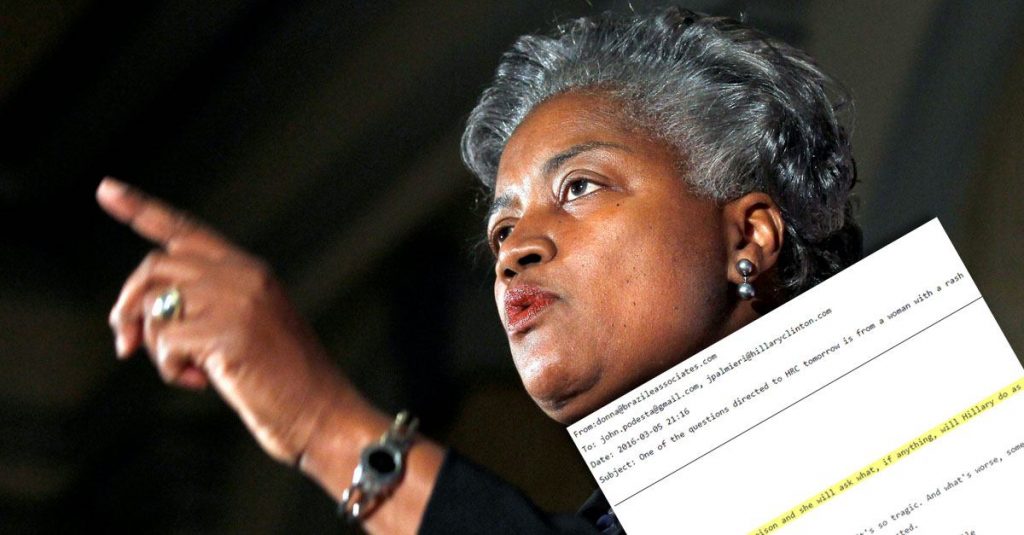 So WOW, October has been quite the month for Democrats hasn’t it? So many of their dark secrets coming to light. After this month, I’m sure they’ll be having nightmares of demonic emails coming after them for weeks!

Just last week, Ms. Donna Brazile had to face the music when she was asked about the WikiLeaks evidence against her. She’s been put on blast for being a snake. She sent a debate question to her BFF, Hillary Clinton, while she was still employed by CNN.

However, it turns out, she’s done it more than once. Soooo…. she’s looking like a real ass right now.

For this reason, CNN has kicked her to the curb.

“On October 14th, CNN accepted Donna Brazile’s resignation as a CNN contributor. (Her deal had previously been suspended in July when she became the interim head of the DNC.) CNN never gave Brazile access to any questions, prep material, attendee list, background information or meetings in advance of a town hall or debate. We are completely uncomfortable with what we have learned about her interactions with the Clinton campaign while she was a CNN contributor,” Pratapas said.

Even CNN, who we are certain is on the naughty list when it comes to reporting the truth, has learned that incriminating emails do not reflect well on them as an employer.

WikiLeaks has done us all such a MASSIVE solid. We have always known Dems to be cheating snakes. Now we have the proof so that even THEY cannot deny their wicked ways….because it’s being shouted off rooftops!

Now, about holding them accountable…

That’s going to be the trick.

Because…Brazile was the messenger, but the receiver is JUST as guilty in this. Right?

Here, for your viewing pleasure…because, what patriotic American DOESN’T love a Louder with Crowder[2] video…am I right!?