EPA Attacking Tail-Gating and Barbecues (and Everything Else American)

We like to joke that if it’s something Americans enjoy, there is a liberal somewhere who wants to ruin it on you. Sometimes, it’s not that funny…like when they want to go after BBQing and tailgating[1]… 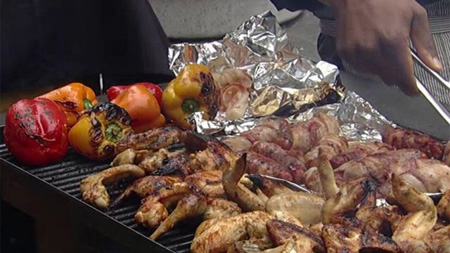 After learning that the Environmental Protection Agency is funding a study that would literally let them into your backyard to check out the emissions of your propane grill, a Missouri Legislator has started a campaign to tell them to back off people’s backyard barbecues. On Monday, State Senator Eric Schmitt (R) from St. Louis kicked off a#porksteakrebellion after he discovered the EPA is funding a study on propane grill emissions that suggest pit masters use a special tray to catch grease drippings and a “catalytic” filtration system to reduce air pollution.

The $15,000 study financed by the EPA, is being conducted by, who else, the University of California – Riverside. It is set up to look at the particulate emissions you breathe when grilling over an open flame. Besides a newly designed “drip-tray”, the emission system would include the use of a “secondary air filtration system” that is composed of a duct system containing a specialized metal catalytic filter not unlike the one on your car that would clean the “exhaust gases” and would include a power driven fan, according to the study.

While the EPA has no plans to regulate your BBQs (at least, not yet), the study was part of the EPA’s “National Student Design Competition for Sustainability Focusing on People, Prosperity and the Planet (2014).” Experts estimate these regulations could add $200 to the cost of each outdoor unit.