Obama is a liar…many are aware of that already…but now there is a list of his LIES, and it’s spreading like wildfire! Here’s WHY! (This is going to be GOOD)[1] 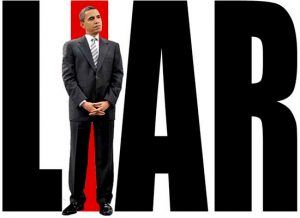 President Barack Obama has only a fleeting acquaintanceship with the truth, and that is a generous assessment. In reality, Obama is quite possibly one of the biggest liars our nation has ever suffered in the White House.

Far from being “the most transparent administration,” as he once promised, his cabal is extra-secretive about their actions and agenda, often covering up or lying about things that didn’t even need to be covered up or lied about.

With so many lies and half-truths told by this president, it is sometimes hard to keep them all straight. Thankfully, somebody was kind enough to compile a list of some of the biggest whoppers Obama has told over the past seven years:

2) His comment about extremists being a JV team “wasn’t specifically referring to” the Islamic State group.

Obama embarrassingly brushed off early conquests of parts of Syria and Iraq by dismissing the Islamic State group as a junior varsity team, not yet ready to play with the big boys.

He later tried to claim he wasn’t referring only to that organization, but to all extremist groups. However, the interview in which the quote was given specifically referenced the Islamic State group’s conquest of Fallujah, Iraq, which had occurred just days before.

3) “Fast and Furious” began under the Bush administration.

Obama tried to claim that Operation Fast and Furious, a program carried out by the Bureau of Alcohol, Tobacco, Firearms and Explosives that allowed guns to be sold to straw purchasers so they could be “walked” across the border to the Mexican cartels, was begun under the Bush administration.

However, Fast and Furious began in 2009, after Obama took office. A similar program called Operation Wide Receiver was run under Bush’s watch, but it didn’t allow the guns to cross the border, nor did any Border Patrol agents die because of it, as was the case with Fast and Furious.

Of course we know this is a flat-out lie as his namesake healthcare reform law, Obamacare, is jam-packed with all sorts of taxes, some new and some old, some large and some small. Obama may have been referring to income taxes, which he wasn’t able to raise thanks to Republicans, but that isn’t what he said — and does anyone believe he wouldn’t have if he’d been able to?

This is patently false, as numerous former lobbyists have found gainful employment within the Obama administration, even in policy-making jobs.

While Obama did sign one of his glorious executive orders banning lobbyists from serving in his administration, the order included a much-used waiver and recusal process by which the order was, for all intents and purposes, voided.

If you think this list of lies from Obama is bad, check out the Young Conservatives and their entire list of 68 documented falsehoods from our less-than-honest chief executive.

In the meantime, if Obama says the sky is blue and the grass is green, I will continue to step outside and verify such assertions for myself. 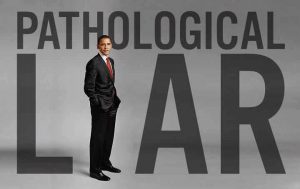 There are times when I can be REALLY disappointed that the pants of a LIAR dont really catch on FIRE. This is certainly, one of those times.