When men and women can be corrupted, when they would rather look out for number one than for their nation or their unit, this is the result[1]. A playboy is able to control and scam the United States Navy. And it’s all on the taxpayer’s dime. 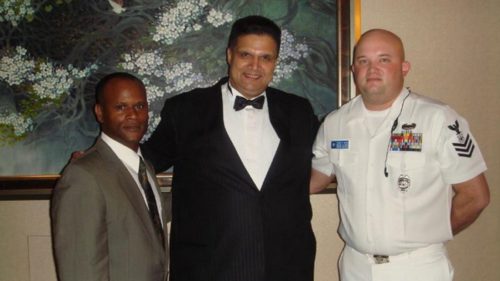 For months, a small team of U.S. Navy investigators and federal prosecutors secretly devised options for a high-stakes international manhunt. Could the target be snatched from his home base in Asia and rendered to the United States? Or held captive aboard an American warship?

Making the challenge even tougher was the fact that the man was a master of espionage. His moles had burrowed deep into the Navy hierarchy to leak him a stream of military secrets, thwarting previous efforts to bring him to justice.

The target was not a terrorist, nor a spy for a foreign power, nor the kingpin of a drug cartel. But rather a 350-pound defense contractor nicknamed Fat Leonard, who had befriended a generation of Navy leaders with cigars and liquor whenever they made port calls in Asia.

Leonard Glenn Francis was legendary on the high seas for his charm and his appetite for excess. For years, the Singapore-based businessman had showered Navy officers with gifts, epicurean dinners, prostitutes and, if necessary, cash bribes so they would look the other way while he swindled the Navy to refuel and resupply its ships.

In the end, federal agents settled on a risky sting operation to try to nab Fat Leonard. They would lure him to California, dangling a meeting with admirals who hinted they had lucrative contracts to offer.

Principles are forever, they are not supposed to be thrown overboard when money, sex or drugs show up. We need to be able to trust people in these high level positions. National security depends upon it. What do you think?