Escaped ‘Shawshank’ prisoner appears to be a big…Democrat. He drew portraits of his favorites.

I can’t tell if this is creepy or hilarious. Probably a bit of both. You know those two guys who escaped from the New York prison? Apparently one of them is a huge Democrat, so much so…that’s he paints his favorites[1]. 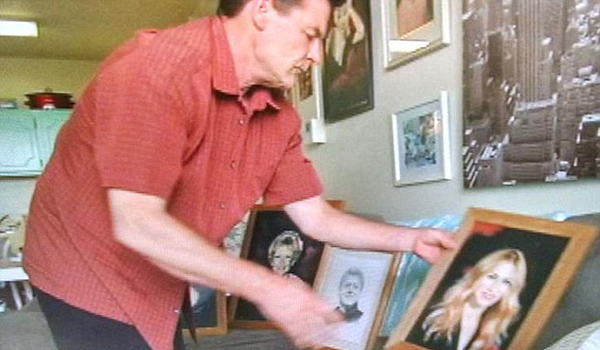 The two convicts in a New York state prison gained fame by escaping using power tools, but a former inmate who served time with one of them remembers him more for his work with a paint brush.

John Mulligan, 61, who served with convicted murderer Richard Matt, 48, received ten paintings from him that depict celebrities and political leaders such as Hillary Clinton and Angelina Jolie.

Mulligan, who lives in Syracuse, now bemoans Matt’s wasted talent, and says, ‘I don’t think he’ll ever be released’ after he and David Sweat, 34, escaped from Clinton Correctional Facility nine days ago.

Along with the paintings included “gushing” noted about Oprah and Obama. Exit quotation: “There’s a dark side, sure there’s a dark side and that’s what the public is portraying, but there’s also a very human side to Richard Matt.”