VIDEO: Even Pastors Pack Heat in Texas – and One Thief Found out The HARD WAY!

No one likes getting their stuff taken from their property. You buy it, you wait for it…and nothing. A Texas pastor had an inkling he knew the thief, and laid a brilliant trap for her! 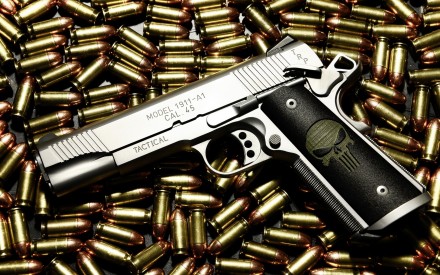 Pastor Holmes put out a couple of dummy packages on his porch and waited to see if he could catch the thief in the act and stop her. ABC News reported:

Pat Holmes said the day her husband laid out the bait, he waited hours to see if could [sic] catch the woman responsible for taking the packages.

Eventually, the woman allegedly turned into his driveway and started to walk over to the porch on the side of the house.

This time Holmes met the woman with his handgun drawn and told her to lie down on the ground while he called the police.

The woman went up to the house pretending to search for her missing dog and the pastor replied “you found him, bow wow.”

Pastor Holmes held the handgun on 52-year-old grandmother Laurie Ferguson, a habitual thief who took packages off of the porches of her neighbors. She surprisingly didn’t sell any of the packages.

Pastor Holmes won’t face any charges for protecting his property with a handgun. Does Pastor Holmes have any hate in his heart towards Ferguson? Nope, in fact he already has a gift for her. He plans on giving her a cap that says “forgiven” on it.

Well, if he mail-ordered it, at least he won’t have to wait to give it to her. She’ll already have it 🙂