The problem with voter fraud is that Democrats rely so heavily upon it that prosecutions of such fraud by illegal immigrants is incredibly rare. The “Don’t Ask, Don’t Tell” policy of illegal immigrant voting favored by the left hinges upon a willful blindness that demands that authorities refrain from scrutinizing voter rolls too heavily. Thankfully, one Texas district attorney has spotted an illegal voter and is taking her to trial.[1] 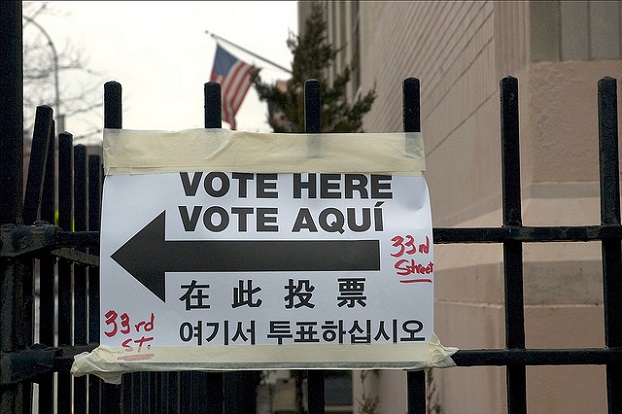 The Office of Tarrant County Criminal District Attorney Sharen Wilson is working with the Office of Texas Attorney General Ken Paxton to prosecute a case of repeated voter fraud against the State.

Rosa Maria Ortega of Grand Prairie, has been indicted by a Tarrant County Grand Jury for voting illegally in regional elections.

The indictment details that Ortega, who is not a citizen and therefore not legally eligible to vote, fraudulently registered to vote in Dallas County by claiming to be a U.S. citizen.

Ortega later twice attempted to register to vote in Tarrant County, however her applications were rejected by the Tarrant County Elections Office.

Dallas County records show that Ortega has voted in multiple elections in that county, starting in 2004, and most recently in the 2014 Republican primary runoff.

“Protecting the integrity of elections is essential to our democracy and a top priority of my administration,” said Attorney General Paxton. “As long as there are criminals seeking to exploit our system of elections, we stand ready to investigate, prosecute and restore confidence that the will of the people of Texas is heard.”

“This is a big deal,” said CDA Wilson. “People insist this kind of thing doesn’t happen, but it’s happening right here at home. The principle of one citizen, one vote is one of our most fundamental rights as U.S. citizens, and must be protected.”

The crime of Illegal Voting is a Second Degree Felony, punishable by 2 to 20 years in prison.

Illegal voting is a serious issue and one that must be stopped EVERY. SINGLE. TIME. Hopefully, Democrats will abandon this Quixotic quest to facilitate illegal voting and America can soon have regain some semblance of fair elections.