EXPOSED: Trump ALERTS “Greatest Military Coup of All Time” Could Now Be Underway on U.S. Soil

Donald Trump recently entered the Syrian refugee debate and had some bold things to say about the crisis[1]. His concerns are valid, and his projection of the potential invasion…is NOT to be ignored! 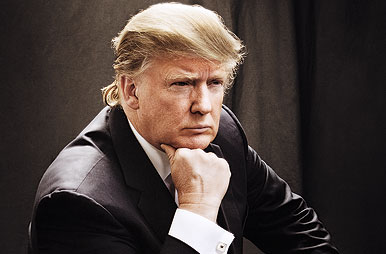 The Republican presidential front runner spoke with Fox News’ Eric Bolling on Cashin’ In about the issue. During the interview, Trump expressed his deep concern about potentially letting jihadists come into the country as “refugees.”

Trump said he wondered “why aren’t they fighting for their own country — Syria?”

He went on to say, “This could be one of the greatest military coups of all time.” Trump obviously wasn’t talking about a domestic military overthrow of the government, but a surprise attack from a foreign enemy, as indicated when he said, “Some of [the immigrants] definitely in my opinion will be ISIS.”

Trump warned that accepting refugees in our attempt at humanitarianism could be like accepting “a Trojan horse.” Many migrants, including Islamic militants, would come to an unprepared United States.

He further pointed out that the United States is a “debtor nation” that owes $19 trillion, and our infrastructure is outdated.

Under a Trump administration, instead of transferring these migrants to European countries or the U.S., “free zones, safe zones” would be set up in Syria for these people.

Trump pointed out that the Persian Gulf states aren’t “accepting anybody.”

“And they are right there,” he said. “We have a big problem in this country.”

These invaders are finding a way to appeal to the sensitive American to get their sympathy and “TOLERANCE” towards Islam. They are being portrayed as refugees from oppressed countries looking for saftey…and some are. But the biggest concern…are for those that are not. If more Americans do not understand this, and we do not vote a President into office that understands this…by the time we do, it will be too late. Far too late.