President Obama has touted supposed economic success during his shameful tenure. On Tuesday, the President addressed the nation and claimed that those highlighting economic disaster on his watch are “peddling fiction.” But are how are we faring economically under his so-called “leadership?” Jim Hoft over at The Gateway Pundit lays it out plainly:[1] (Spoiler alert: Obama was lying.) 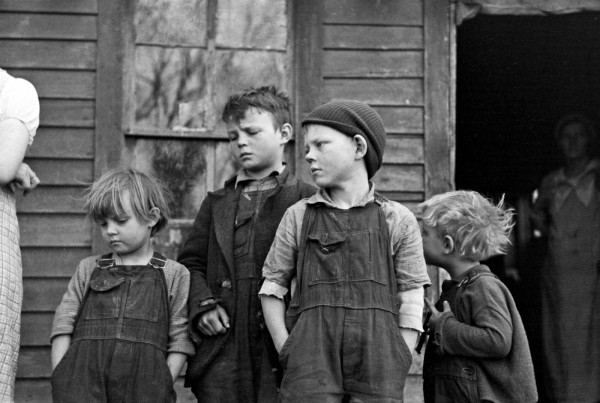 Big government Obamanomics is even worse than we thought.
The US economic expansion is the worst on record since World War II.

Thanks to Obamanomics the US economy is plodding through the worst recovery in decades.

The economic expansion—already the worst on record since World War II—is weaker than previously thought, according to newly revised data.

From 2012 through 2014, the economy grew at an all-too-familiar rate of 2% annually, according to three years of revised figures the Commerce Department released Thursday. That’s a 0.3 percentage point downgrade from prior estimates.

The revisions were released concurrently with the government’s first estimate of second-quarter output.

Since the recession ended in June 2009, the economy has advanced at a 2.2% annual pace through the end of last year. That’s more than a half-percentage point worse than the next-weakest expansion of the past 70 years, the one from 2001 through 2007. While there have been highs and lows in individual quarters, overall the economy has failed to break out of its roughly 2% pattern for six years.

It’s even worse than we thought.
Obama looks even worse, ranking dead last among all presidents since 1932 – over 80 years.

Over the first five years of Obama’s presidency, the U.S. economy grew more slowly than during any five-year period since just after the end of World War II, averaging less than 1.3 percent per year. If we leave out the sharp recession of 1945-46 following World War II, Obama looks even worse, ranking dead last among all presidents since 1932. No other president since the Great Depression has presided over such a steadily poor rate of economic growth during his first five years in office. This slow growth should not be a surprise in light of the policies this administration has pursued.

An economy usually grows rapidly in the years immediately following a recession. As Peter Ferrera points out in Forbes, the U.S. economy has not even reached its long run average rate of growth of 3.3 percent; the highest annual growth rate since Obama took office was 2.8 percent. Total growth in real GDP over the 19 quarters of economic recovery since the second quarter of 2009 has been 10.2 percent. Growth over the same length of time during previous post-World War II recoveries has ranged from 15.1 percent during George W. Bush’s presidency to 30 percent during the recovery that began when John F. Kennedy was elected.

Politicians lie about the economy. It’s what they do. But by innumerable economic metrics, it’s easy to see that the economy has worsened under Obama’s supposed leadership and the our economy is propped-up by pretend fixes and obscuring cold, hard realities.