Personally, I find this story[1] beyond disturbing. I also think it so far crosses the line of “religious liberty,” that the line is actually behind them… 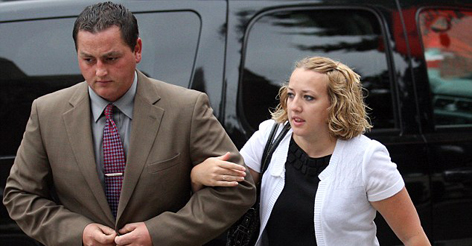 An Oregon couple who prayed and rubbed olive on their dying son following a home birth rather than call 911 and seek help will continue to serve six years in prison each after a judge upheld their manslaughter conviction.

Dale and Shannon Hickman, both 30, were both convicted in 2011 of second-degree manslaughter for the death of their son, David, who died nine hours after his home birth in 2009.

David was born two months early at his grandmother’s home with undeveloped lungs, and died after having trouble breathing and turning blue.

The Hickman’s – members of a controversial faith-healing church in Oregon – had appealed their conviction, on the grounds that the prosecution had the burden to prove the couple knew their religious beliefs would cause the death of their child, The New York Daily News reported.

You can watch more below. Their plea was rejected because the judge said they could have – and SHOULD HAVE – done more to help their child.