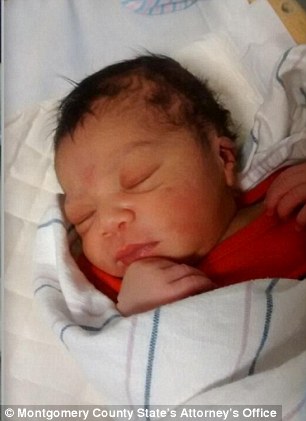 Robert Davidson, a father from Maryland, is likely going to spend up to fifty years in prison after pleading guilty to multiple charges following the death of his child, infant Aleah Thompson in early 2015. She was covered in bruises at the time of her death. And the infant had not been to her monthly check ups in quite a while. The baby girl was only ten weeks-old at the time of death.

The baby girl’s mother, a twenty-two year-old woman named Lorena Thompson, also pleaded guilty to charges. She was charged with neglect of a minor and has since been sentenced to five years of probation. The larger crime was obviously that of the father who sexually and physically abused the child, resulting in the death.

The police said that while Lorena Thompson never specifically witnessed the abuse, she did notice bruises and never reported the abuse or did anything to stop the abuse.

Police said Thompson had seen bruises on her baby’s body and suspected Davidson of harming Aleah but did nothing to stop him. It is unclear as to whether she also felt threatened by her husband. It is very likely that she was also a victim of his abuse and violence.

After the infant’s death, they performed an autopsy that confirmed police suspicions.The small ten week-old baby experienced a broken collarbone upon death. But the tragedy doesn’t end there. She also had over thirty rib fractures. Many of the fractures had taken place at different times, showing that the abuse had been ongoing and was not a one time event.

Unfortunately the horror doesn’t end there. It was later apparent that the infant was sexually abused as well as physically. During subsequent interviews, Davidson admitted to ‘committing acts that constitute sexual abuse of a child.’

Luckily, he pleaded guilty and will now be facing the consequences. 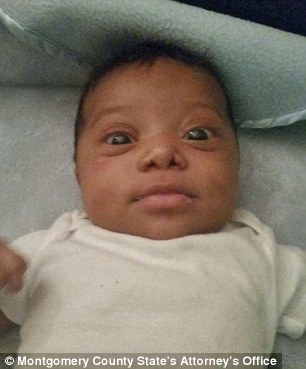