An enraged father, Brad Knudson, has made an emotional video calling out two teenager[1]s after they made racial slurs about his adopted African American daughter, the way the father of the bullies responds is repulsive! The adoptive father gets the last laugh after bully dad faces serious consequences. 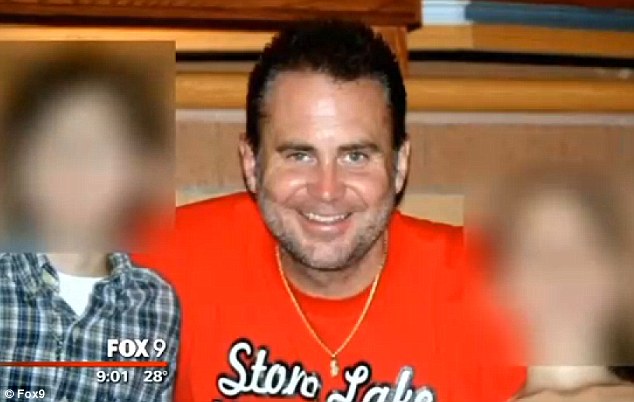 Brad Knudson, of Prior Lake, Minnesota, struggled to contain his tears as he recalled how his eighth-grade daughter, whom he and his wife adopted 11 years ago, was targeted by bullies. And in a shocking twist, when Mr Knudson confronted the father of the bullies, the man responded by calling the concerned dad a ‘n***** lover’ in messages left on his phone.

In the six-minute video posted to YouTube on Monday, Knudson recalled the incident.

‘We have a very beautiful African American daughter that we were very fortunate enough to adopt 11 years ago,’ he said, ‘We’ve dealt with a little bit of racism, you know, stares, things like that when she calls us mom or dad, but she didn’t notice so we just blew it off because it was directed towards us.’

But on New Year’s Eve, his daughter and one of her friends were hanging out at his home and sending Snapchat messages to friends. A set of twins from her school, who Knudson says do not like his daughter, then started sending her racist, bullying messages on the app, he said. After Snapchat messages play, they disappear, but when the twins sent their fourth abusive message to the girl, her friend went and told her parents who filmed it on their phone. Mr Knudson played it to the camera. It shows the twins making faces at the camera and calling the girl a ‘sl**’, a ‘n*****’ and a ‘fat a** b****’. The horrified parents found out who the twins were and contacted their parents and even went to their home, but received no answer, he said.

‘I love my daughter and I don’t want her to end up committing suicide because of freaking morons,’ Knudson said. ‘I can’t have this hanging over us and my daughter thinking the worst.’

So he contacted police, who went to the school and spoke with the children and their parents. Mr Knudson then contacted Puro – but received a less than sympathetic response.

‘He didn’t understand what was wrong with the video,’ he recalled,’He told me I was crazy, that that’s what he did when he was a kid. Him and his family make jokes at the house using this word all the time so what was the big deal?’

When Knudson told Puro he was going to share the messages on social media, Puro said he stood by his remarks – and that he didn’t even care if he gave out his name. On Wednesday, it emerged that Puro’s employer, financial firm Roy E. Abbott Futures, Inc., where he worked as an independent contractor, let him go, Fox9 reported.

‘Deron Puro is no longer associated with Roy E. Abbott Futures, Inc. as of today January 21st,’ they wrote in a statement on their website.

The fathers facial expressions in the video below really shows how hurt he is that anyone could treat his daughter that way. [WATCH below]