Father Has Sex With Cancer Sticken Daughter… What Happens Next? Chilling

What do YOU think should happen to a dad who repeatedly molested [1]his cancer-stricken daughter? You cannot BELIEVE what happens after mom finds out! 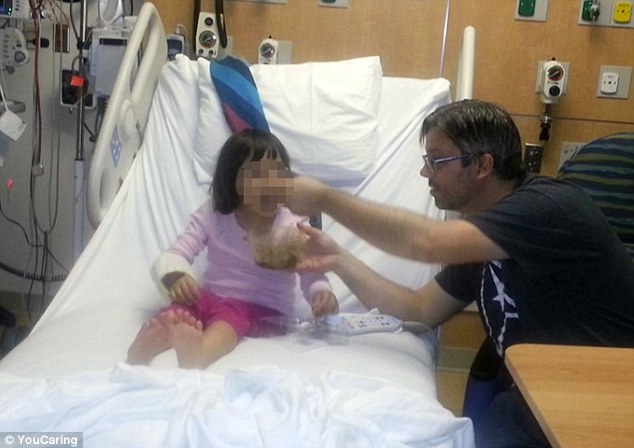 Jeremy Schwer, of Indianapolis, was sentenced to 12 years’ probation on Tuesday after entering a guilty plea to charges of felony child molestation. As part of his sentence, 41-year-old Schwer will have to register as a sex offender, move out of his family’s home and enter a counselling program.

The prosecution had been seeking a nine-year prison sentence for Schwer, followed by three years’ probation, but the man’s wife asked a judge to keep him out of prison so that he could support their two children financially. Schwer was arrested in 2015 after his wife of eight years contacted the Indiana Department of Child Services saying that their daughter, then six years old, told her she had touched her father’s ‘peepeeluca’ – the family’s word for genitals, reported the Indianapolis Star.

When interviewed by caseworkers, the little girl revealed that her father also touched her ‘peepeeluca’ and made her sit on his ‘cat tail’.

According to court records, Jeremy Schwer began fondling his eldest daughter after she was diagnosed with a malignant brain tumor in 2013. Schwer and his wife, who is a native of Nepal, also have a younger daughter.

The young victim said her father instructed her not to tell anyone about what was happening between them, or he would be sent to jail, according to court documents.

The child eventually spoke out about the molestation, telling her mother that Schwer would touch her privates every night he slept in her bed at St Jude’s Children’s Hospital in Memphis, where she has been undergoing cancer treatment.

Firstly, SHAME on parents for not teaching their children at the youngest age the proper names for male and female genitals. SHAME! If this girl had told a teacher… without using the correct words the teacher may have not caught that the girl was even being molested. C’mon mom and dad… have some guts and call it a ‘vagina’ and a ‘penis’ they’re not dirty words… it’s anatomy!

Probation isn’t good enough for this man who would violate his daughter in such a way, especially when she needs his support the most while she’s fighting cancer. Please write in the comments below what YOU think this man’s punishment should be?