You would think a father beating his 7-year old son into a coma would be alarming enough. Yet, finding out about how he kept him under constant surveillance manages to make it worse… 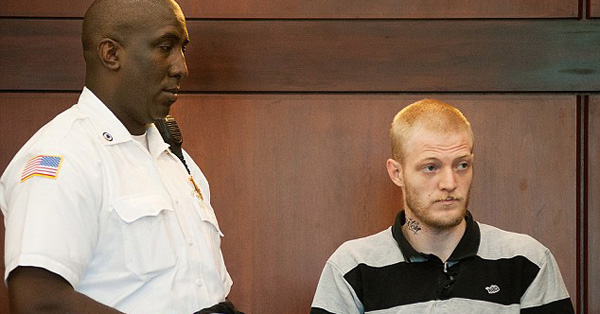 A 7-year-old boy who has been in a coma for two weeks after allegedly being beaten by his father, was kept like a prisoner in his own home, new court documents have revealed.

Jack Loiselle was rushed to the hospital on July 14 after his father Randall Lints, 26, called 911 saying he found the boy unconscious at home. Paramedics found the boy starving, dehydrated and suffering bruises to his head and burns on his feet.

While Lints claimed the numerous injuries on the boys’ body were caused by a fall from his bed, police investigators didn’t buy the story and last week the father was charged with assault and endangerment.

You can read a lot of the details, including the lengths Lints monitor his son, by clicking here[2].  Thankfully, it’s been reported that the boy had opened his eyes twice this weekend and is now breathing on his own.