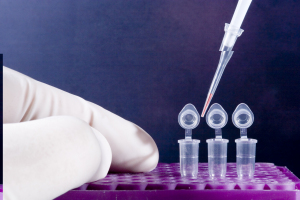 It has been reported that 26 employees in the agency’s microscopic hair comparison laboratory overstated forensic matches so they favored prosecutors in the 1980s and 1990s.

Research involving the National Association of Criminal Defense Lawyers (NACDL) and the Innocence Project say that 95 per cent of 268 trials reviewed had been impacted.

The Washington Post reported that of the 200 convictions affected, 32 defendants were sentenced to death – 14 of which have since been executed or died behind bars.

Those who are still alive have been sent letters explaining the errors and how they can used further DNA testing to prove the evidence.

The mistakes do not automatically prove the convict’s innocence.

Peter Neufeld, co-founder of the Innocence Project, told the Post: ‘The FBI’s three-decade use of microscopic hair analysis to incriminate defendants was a complete disaster.

‘We need an exhaustive investigation that looks at how the FBI, state governments that relied on examiners trained by the FBI and the courts allowed this to happen and why it wasn’t stopped much sooner.’

In a statement the FBI said they were committed to notifying defendants of past discrepancies and make sure ‘justice is done in every instance’.

They added: ‘[We] are also committed to ensuring the accuracy of future hair analysis, as well as the application of all disciplines of forensic science.’

It took almost five years for the FBI to identify the more than 60 death-row defendents whose cases required further examination, and during that time at least three were executed.

If there was other evidence tying a defendant to the crime, the hair evidence might not have been necessary to convict. But the unintended consequence these scientists will cause is a distrust of all forensic evidence, and guilty defendants possibly going free.