Hillary is falling behind Bernie Sanders[1] in the polls…and now, whatever hope she may have had for a strong finish may have been crushed with a new shocking report released by the FBI… 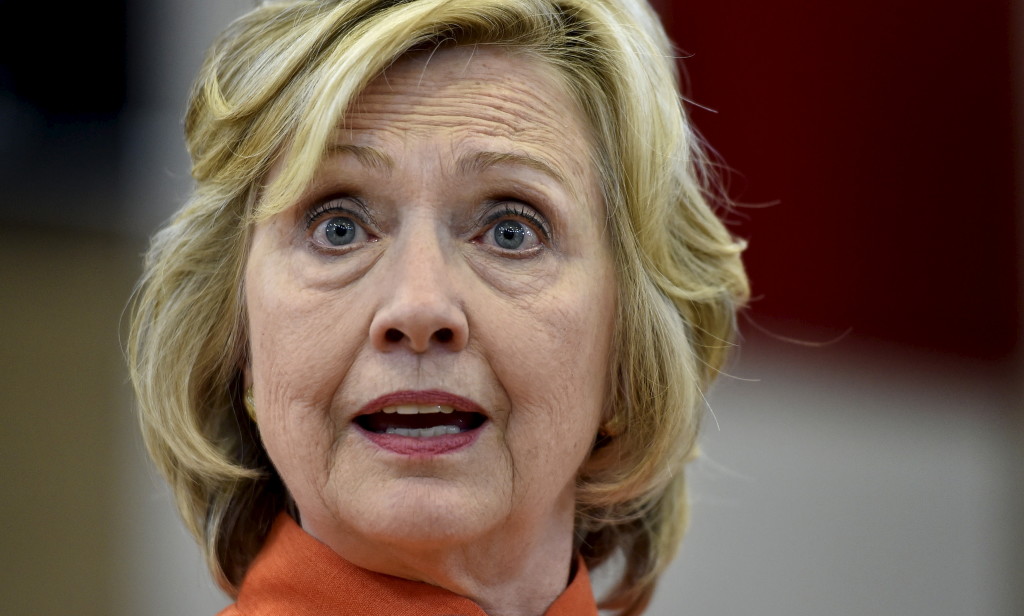 According to Politico, the FBI filed a letter in court on Monday describing its investigation into Hillary Clinton’s personal email server as “ongoing” as of earlier this month, adding that releasing additional information might jeopardize the case.

The letter is one of the first strong official indications the FBI believes there may have been a crime committed in Clinton’s use of the private server.

The letter came in response to a Freedom of Information Act request.

Baker said in the letter that “the bureau has acknowledged generally that it is working on matters related to former Secretary Clinton’s use of a private e-mail server. The FBI has not, however, publicly acknowledged the specific focus, scope, or potential targets of any such proceedings.”

Here is the complete letter: 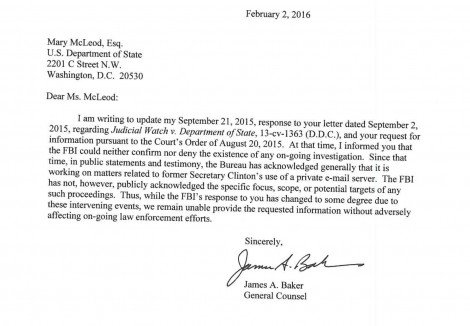 Clinton’s camp refused comment on the letter, although Hillary did say during last Thursday’s debate that she was “100 percent confident” nothing would come of the investigation, which she continued to call a “security probe” for some delusional reason.

Would it really have been so much work for her to just do it the right way? Just use the government issued server with the approved encryption software. What the hell is wrong with this woman? She puts America’s national security interests in danger, because why? LAZINESS?! Then she has the audacity to ask us to vote for her?