FBI’s James Comey Unleashes More REVEALING Info On Hillary, But Will It Land Her In Prison? [VIDEO]

Our nation was dealt a devastating blow. Though it is not in question whether or not Hillary Clinton broke the law, nor is it a question of whether or not she lied under oath about her attempted cover-up, the Obama Justice Department (if one can still call it that) has decided to not pursue charges against well-connected politician Hillary Clinton. FBI Director James Comey recently fielded questions from a congressional investigative committee and his answers may just provide more ammunition for Hillary opponents in November.[1] 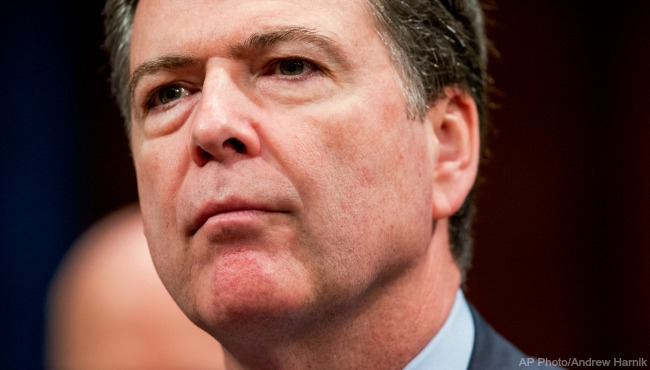 The revelation came as Comey came under intense questioning from members of Congress during a House Oversight Committee hearing.

After a piercing moment of silence, the Republican congressman inquired, “What do you think her intent was?”

Comey said Clinton’s decision to give non-cleared people access to classified information was to “get good legal representation” and produce requested emails to the State Department.

Clinton’s press secretary Brian Fallon claimed after the hearing that “lawyers who sorted through Clinton’s emails had Top Secret-level clearance.” He did not immediately respond to a request for proof or clarification.

Hillary Clinton not only left America’s top national security secrets unsecured, but also allowed others access to these documents.

She cannot be trusted with a sharp pencil, much less our national security secrets. Her treason should qualify her for a stint in Leavenworth, not a job promotion to the highest office in our nation.

The fact that she has escaped charges indicates that American justice, as a premise, is dead. There is nothing left but a corrupt cesspool of bureaucrats who are above the law and the rest of us peasants that must endure an ever-widening scope of government.