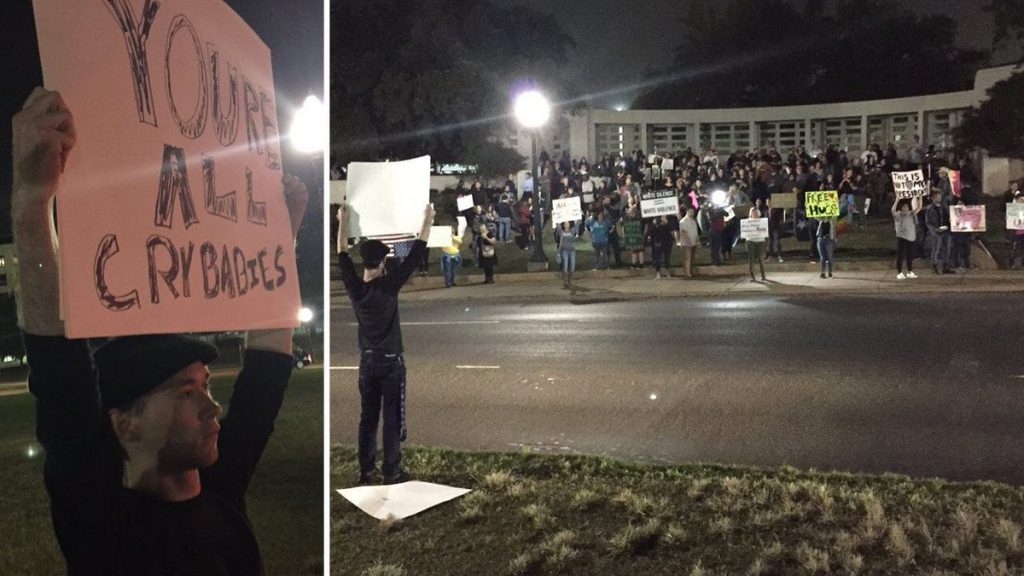 Someone order this man a pizza. Currently standing against those protesting at Daley Plaza in Dallas. #TrumpProtest[2]#Trump2016[3]#TrumpPence16[4]pic.twitter.com/cVRAN5Qa5T[5]

The supporters of Hillary Clinton were heartbroken when Donald Trump won the election. And the response was ridiculous and terrifying. From rioting and destruction to crying and counseling it has been a tough blow. And it has been explosive. When this group met to protest, one man was unwilling to be silent. He made a sign titled “You’re all crybabies.” And stood on the opposite side of the street in reaction to the protests.

It has to be the most perfect response to them yet. So impressed that he was willing to stand alone. He was most definitely treated poorly. The left has been happy to label Americans as pathetic, hate filled crazy rednecks. But the election was enough to show that the media and labels are not enough to silence America. And this young man is the perfect example of refusing to be silenced. We all need to be a little bolder and a little kinder.

DO you think he did the right thing? Or should he have remained silent? Everyone is ready with an opinion right now, but the power of mainstream media makes supporting Trump difficult. You have to often stand alone to speak in favor of him. This is especially true in the younger demographics, making this young man even braver. 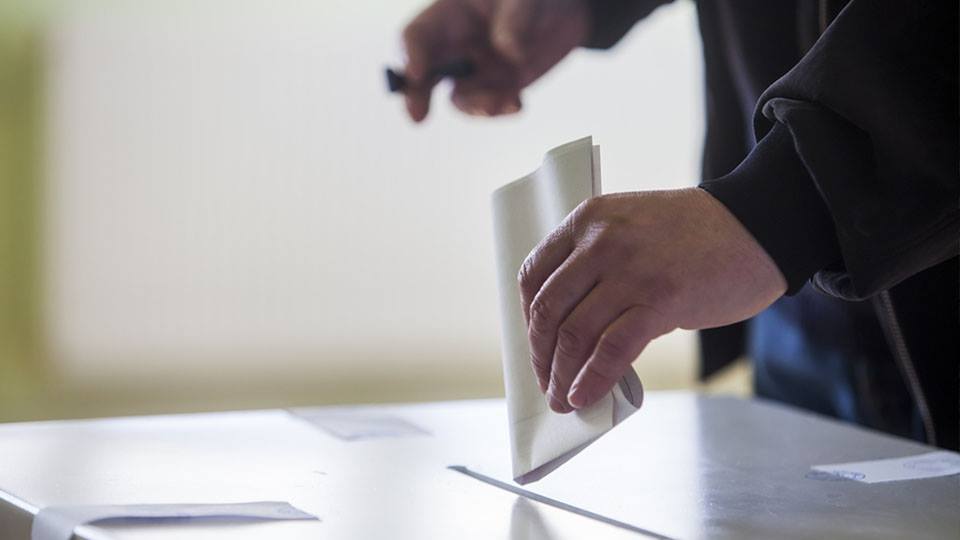