Okay so hold on, let me get this straight… feminists believe that gender doesn’t matter and is relative to how you feel that day, and then they do things like this?

How does this even make sense!? Wait, does anything actually have to have a logical reason for liberals to do it? If not, that would explain a lot. I mean, like everything they do. 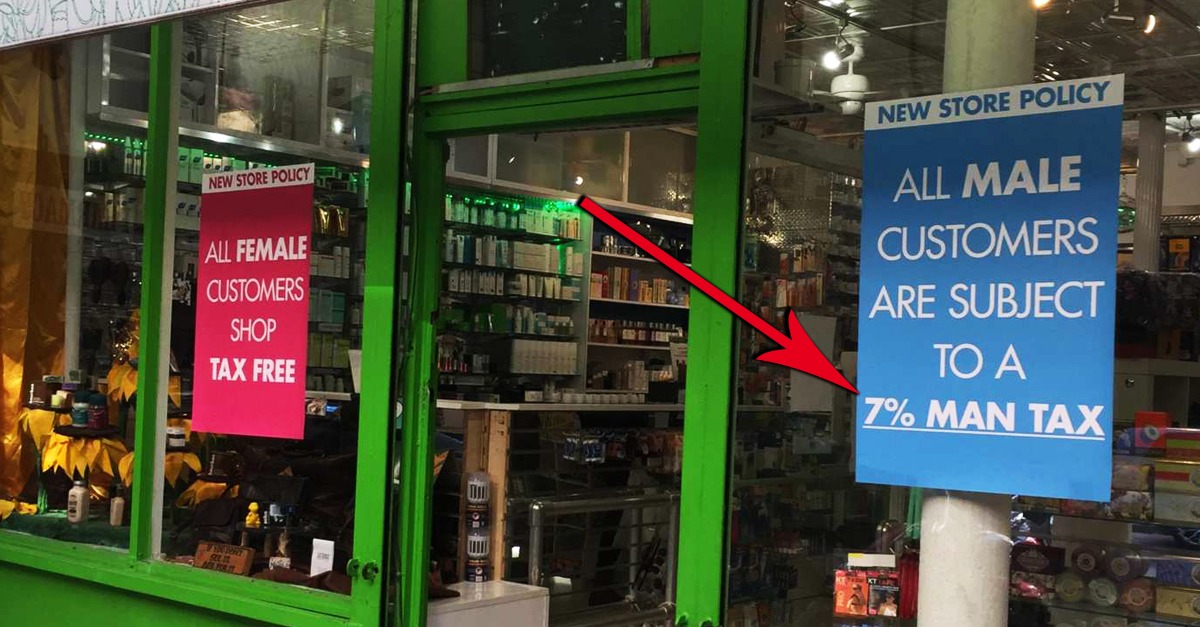 At one Manhattan pharmacy, men are now being subjected to a 7% man tax because the feminist owners still believe that the wage gap is a thing.

You were born a man and identify as a man? It doesn’t matter whether you’re broke, have no way to get to a different pharmacy, or are living on social security, you’re going to have to pay 7% more[2] because these idiots believe in a myth.

One Manhattan pharmacy is trying to solve [the wage] gap with a 7 percent man tax. Owner Jolie Alony [said] “We thought it’d be a great idea with all the political things going on – with Clinton being such a woman and the other guy and his womanizing,” she said.

Citing the “pink tax,” she said, “We wanted to share that women deserve to get a break, and men deserve to be charged 7 percent more. Women are spending more in general and we make less, so we deserve to have a break.”

Alony says it’s up in the air how long the promotion will last, especially since “the disclosure of differing prices or fees based upon gender by a retail service establishment” is a violation of New York City pricing laws.

You just can’t make this kinda crap up folks.

Thank goodness this kind of stuff is against the law in New York, which was probably due in part to ACTUAL feminists who suffered from ACTUAL sexism way back when. So congratulations, you’re literally mimicking the men that you claim to hate. Way to go.