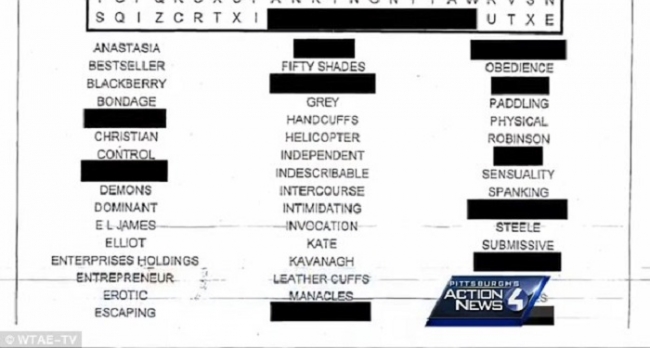 “I asked my son who passed it out, and he said the teacher passed it out,” Carter told said. “I don’t think this is what they should be doing in the eighth-grade level.”

Carter said he went to the school Tuesday afternoon but administrators wouldn’t answer his questions about the word search. At a school board meeting Tuesday night, Monessen City School District officials said they could not comment on who gave the puzzles to students, citing personnel issues.

“We just learned of this issue yesterday,” solicitor John Toohey said. “An investigation will occur.”

Board member Roberta Bergstedt, who was not at the meeting, said in an email that the puzzles were passed out by mistake. School district officials would not comment on whether any teachers or staff have been disciplined.

Mistakenly photocopied and handed out by the teacher seems like a plausible excuse, right? This video below shows parents talking to the school board and the board has no answers as to the why and how.