Hillary Clinton apparently hid and did not relinquish an important email about the problems caused by her use of a private email server for classified information. Not a good sign of faith on the old liars[1] part…

Foolish me, I shouldn’t be questioning any part of her faith… 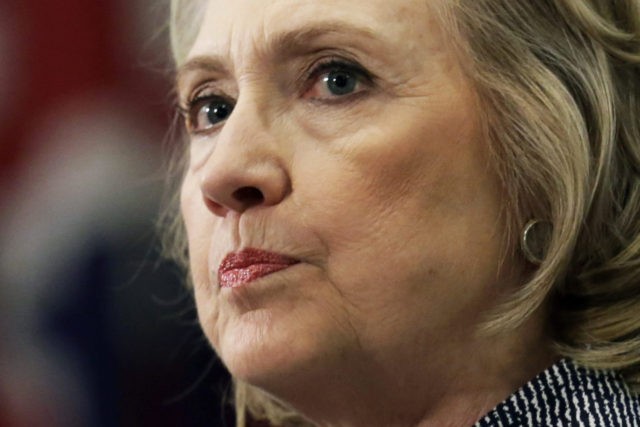 Clinton sent an email to her deputy chief of staff stating that she did not want some of her emails to be “accessible,” presumably to Congress or to the State Department itself. That email helped form the basis of a scathing inspector general report that found Clinton violated rules.

Now, we know that Clinton did not hand over that email to State Department investigators, proving that Clinton violated her sworn statement that she handed over all of her emails. Her inability to hand over this email could also provide more evidence that she violated the Espionage Act by allowing national defense information to be “lost, stolen, abstracted, or destroyed” through gross negligence.

“While this exchange was not part of the approximately 55,000 pages provided to the State Department by former Secretary Clinton, the exchange was included within the set of documents Ms. Abedin provided the department in response to our March 2015 request,” said State Department spokesman John Kirby in a statement to the Associated Press.

The email in question popped up in an inspector general’s report. Breitbart News reported:

“In November 2010, Secretary Clinton and her Deputy Chief of Staff for Operations discussed the fact that Secretary Clinton’s emails to Department employees were not being received,” according to the report.

Clinton’s Deputy Chief of Staff told her that “we should talk about putting you on state email or releasing your email address to the department so you are not going to spam.”

Hillary Clinton replied, “Let’s get separate address or device but I don’t want any risk of the personal being accessible.”

This is all just one big show for the masses. Haven’t we seen enough? When is that indictment going to happen?

There’s no way it goes down. It just seems that it should have already happened.