After Being Fined for Refusing to Host Gay Weddings, Christian Farm Owners Are Fighting Back With Stunning Decision

The owners of a family farm who are being fined $13,000 for refusing to host a gay wedding ceremony are taking action in an effort to overturn the state’s ruling against them. An attorney for the Alliance Defending Freedom, a conservative legal firm, filed a petition in New York State court Thursday on behalf of Cynthia and Robert Gifford, owners of Liberty Ridge Farm. The petition asks that the “sexual orientation discrimination” ruling given by the New York State Division of Human Rights in August be reexamined.[1] 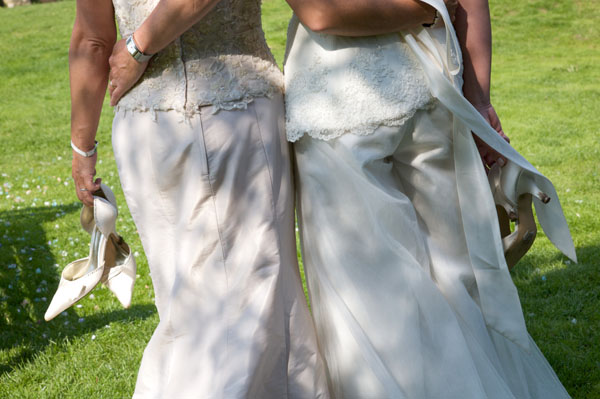 The legal battle touched off after the Giffords, who are Christians, told Jennifer McCarthy and Melisa Erwin, a lesbian couple from Newark, New Jersey, back in 2012 that they were welcome to hold their reception on the property, but not the actual wedding ceremony, according to Religion News Service.

McCarthy and Erwin, angry over the rejection, took their grievances — and audio from their conversation with the farm owners that was reportedly secretly recorded — to New York’s Division of Human Rights, claiming that they were discriminated against as a result of their sexual orientation. A judge agreed and the farm owners were fined $10,000 plus an additional $3,000 in damages for violating anti-discrimination regulations under New York’s Human Rights Law.

The conservative legal firm’s appeal argues in Gifford v. New York State Division of Human Rights that the state “did not consider Robert and Cynthia’s constitutional freedoms and religious beliefs,” according to a press release.

“While the Giffords have asserted their constitutional religious protections as a defense to the discrimination allegations from the beginning, neither the Division, the Administrative Law Judge (the ‘ALJ’) or the Commissioner herself even mentioned those fundamental rights before compelling the family to either host and ‘celebrate’ same-sex wedding ceremonies in their own home, or go out of the wedding ceremony business altogether,” reads the appeal filed in court.

Attorneys for the Giffords argue that the family should be free to live according to their religious beliefs and that operating in the marketplace does not give the government the right to force an individual to give up his or her First Amendment rights. The Gifford family — as a result of the legal battle — has decided to no longer host any wedding ceremonies on their property.

Let’s jump back a couple hundred years… would the courts have been allowed to force non-slave owners to accept and support the lifestyle choice of slave-owners? Would it be unconscionable for government to force businesses to supply the ropes and restraints used to tie up their slaves or be fined? What if government said that since the general population consumes alcohol and everyone should conveniently be free to drink alcohol wherever they wish… Mormon businesses should be required to provide alcohol to sell to patrons? Should the Amish be required to open up their communities to nudist colonies interested in visiting nice quiet Pennsylvania? Should Muslims be forced to sell bacon in their restaurants or vice versa should restaurants be forced to remove ALL ham products for the sake of not offending Muslims?

The Gifford family actually offered up their properties for a reception but their personal beliefs or religious beliefs drew a boundary at the ceremony being held in their home or premises. It is tragic that the courts are supporting forcing individuals to do things against their conscience. Sadder that businesses are being forced to close down because of a group of people forcing their lifestyles upon every individual who disagrees with them.