Firefighters Stopped the Rescue Because of the Danger. But Then They Heard It On the Radio.

Tom and Pam Price called 911 when their house caught on fire on May 30th and told the dispatcher they could get out of the house, but then found they were trapped in their bedroom. They called a second time to update 911, but didn’t stay on the phone as firefighters tried to get to them. 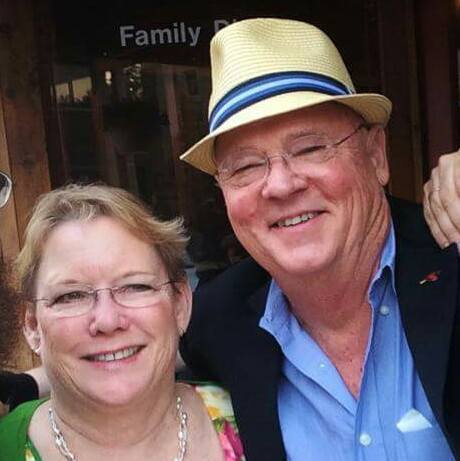 According to Fire Chief Tim Baty, by the time Pam called the second time, the entire house was engulfed in flames. Not even the 900 gallons of water being used as a defense was enough to tame them.

After two firefighters made their way to an upstairs hallway, they found that a part of the upstairs had collapsed and at that time, Baty made the call to the coroner to standby.

“The defensive fire decision is made,” Baty said. “Nobody goes back into the house.”

When a fire is considered defensive, it means the conditions are too dangerous even for firefighters, and anyone inside the house is presumed dead or unable to be rescued. Baty made the decision after he almost lost the lives of three firefighters already that night.

Very soon after the decision was made to abandon the rescue efforts, an aerial “ladder” truck began to “knock down” the fire. That’s when Lisa Coutinho — the 911 dispatcher — made another radio call.

“We can still hear them,” Coutinho tells Baty.

“We are trapped on the second floor,” she tells Michael Ledbetter, the dispatcher working with the ambulance service that night.

“Please help us. We are in desperate shape.”

When the smoke inhalation made it too hard for her to talk, she would press buttons on her cell phone to reassure the dispatcher that she was still alive.

That is when Baty made the unusual decision to do a second search of the house. It is a personal cardinal rule of Baty’s to never go back on a decision he already made.

“The living conditions in this house fire were not possible,” Baty said. “For some crazy reason, they were there, but to be the fire chief or in charge of an incident, the hardest decision to make is to say, ‘Get your butts in there.’

Thankfully he did. Ledbetter recalls hearing Pam say “help” and firefighters count to three as they hoisted the couple to safety.

Baty tells The Star Press that in his 20 years as a firefighter, he’s never witnessed a survival story quite like this.

“For somebody to be in a fully-involved house fire and to come out with no burns and the two to be recovering so well, it’s astonishing. It’s miraculous. They had everything working for them. Dispatchers, EMS and fire response… and probably a little bit of God.”

It was eventually determined that the fire originated in the garage, when the Price’s Toyota Prius caught on fire, but what caused the car to catch fire is still a mystery.

It truly is a miracle that the two were able to be rescued with no loss of life on the part of the firefighters. A big reminder to be grateful for every day, and grateful for those who put their lives on the line to rescue us in our time of need.