First-Grader Can Literally Do ANYTHING – Wins Competition Without THIS [VIDEO]

For someone who was born without hands, Anaya Ellick has the most beautiful[1] handwriting of any first grader…and she has the trophy to prove it! 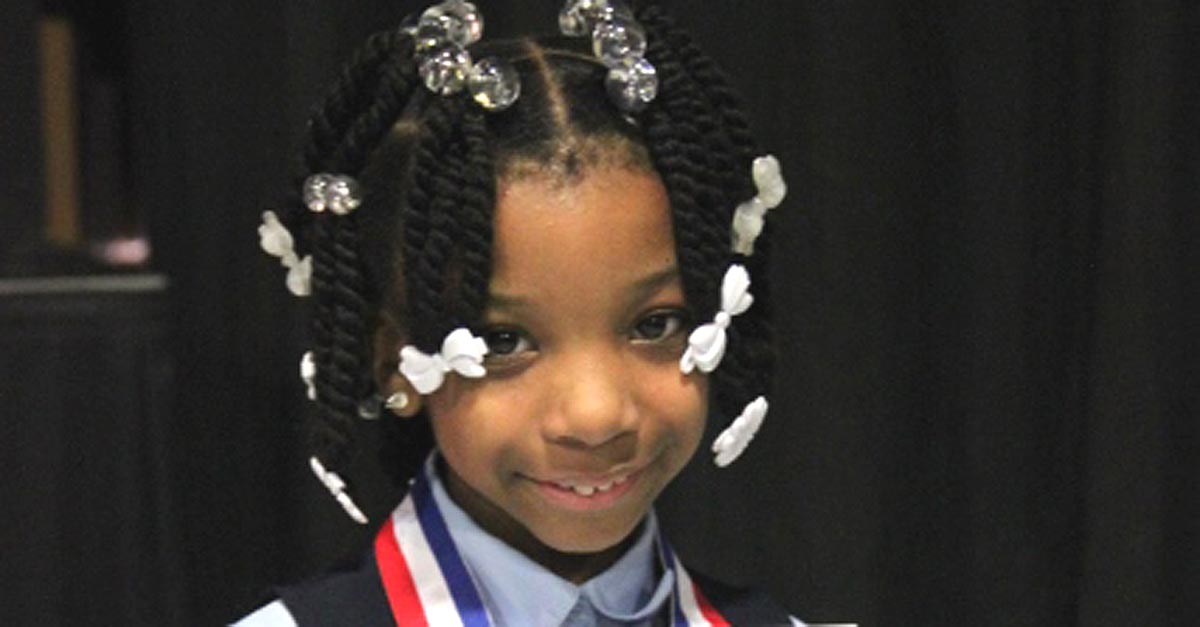 So much so, the seven-year-old from Virginia has just won a national competition for her form, beating out 50 other youngsters from around the country.

Anaya holds her pencil in between her two arms and stands at her desk, in order to have the proper angle for her to write.

She chose to teach herself this method rather than learn to use prosthetics.

As the principal of Greenbrier Christian Academy in Chesapeake, Tracy Cox, told ABC News: ‘There is truly very little that this girl cannot do.”She is a hard worker. She is determined. She is independent.’She is a vivacious and a no-excuses type of young lady.’

It was Cox who entered Anaya for the Nicholas Maxim Special Award for Excellence in Manuscript Penmanship.
The national Handwriting Contest is an annual event sponsored by Zaner-Bloser to promote legible handwriting, and Anaya managed to win first prize.

Anaya’s parents, Bianca and Gary admit, are incredibly proud of their daughter, who they said has always been precocious – tying her shoes, getting herself ready, and attempting to do things herself before asking for help.

What a cutie! She refused prosthetics at such a young age and wanted to use what God had given her. She made a weakness into a strong point. Good for her!